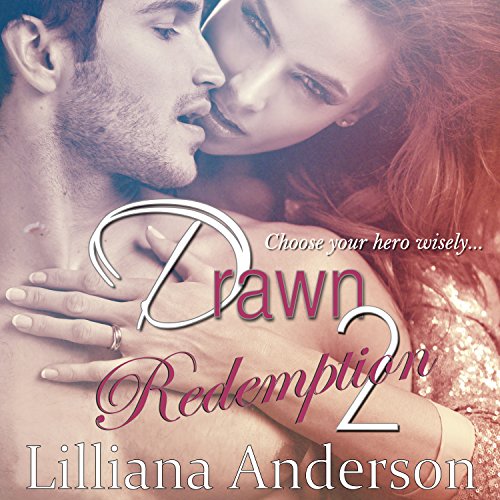 By: Lilliana Anderson
Narrated by: Amy Soakes
Try for £0.00

Have you ever wanted the power to decide who the heroine of a story will ultimately end up with?

Now is your chance with Drawn 2, where you have a choice of two sequels in which the characters follow two different paths to lead them to your chosen happily ever after. This is not two stories told from different points of view. This is not an alternate ending. It's an entirely separate path. Listeners who choose to listen to both sequels will appreciate the sliding-door moments that set our characters off in a different direction.

You hold the power. You get to choose - Damien or Aaron.

In Drawn, we met Etta and watched as her obsessive relationship with Damien sent both of them into a world of darkness and self-destruction. We also met Aaron, the constant in Etta's life - the man who was willing to do anything it took to keep her safe.

Two men. One woman. A decision that will change everything.

That decision is yours.

Three years have passed since Damien lost Etta. His obsessive and irrational behavior drove her away and destroyed his life.

For three years he has languished in prison. Every day he's had but one thought: Etta. She is the holder of his soul, and he can't see a life without her in it.

When he is finally released and tracks her down, he is faced with something he didn't expect: his daughter...and Aaron.

Damien needs to redeem himself in the eyes of the woman he loves. He needs to prove to her that he is the kind of man she can build a life with - even if that means telling her all of his secrets and possibly ruining everything for good.

In Drawn 2 - Redemption, we follow Etta, Damien, and Aaron. They will walk the path you set them on when you make the choice to support Damien. To support Aaron, you will need to listen to Drawn - Obsession.

What listeners say about Drawn 2: Redemption

What a book. I think I may have cried .Great passion, love. Damien and Etta's story, has pain from the past. These two are meant for each other.
Tissues at the ready.