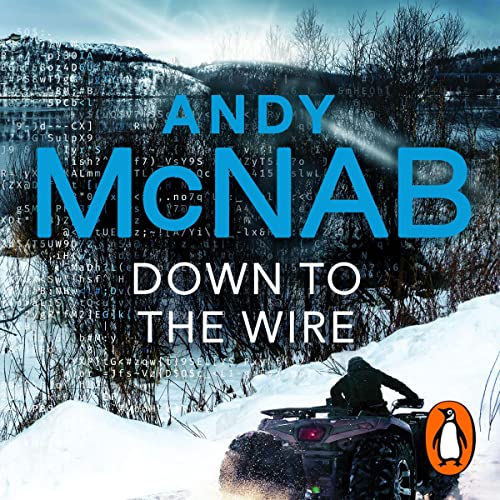 Down to the Wire

By: Andy McNab
Narrated by: Paul Thornley
Try for £0.00

Tasked with rescuing the daughter of one of America's richest families from the grips of a sinister cult, Nick Stone expects his latest mission to be quick and straightforward.

Travelling to the frozen depths of the Norway/Russia border, the dividing line between NATO and the Kremlin's armed forces, it seems all he and his team need do is abduct the woman and deliver her home alive.

An agent whose time is running out

But there are deadly complications—not least that Nick soon discovers himself at the heart of a chilling cyber conspiracy that threatens war with Russia and the very existence of the Western alliance...and that following a shocking diagnosis his body is failing him fast, and any day now he will have to ask himself the ultimate question...

From the bestselling author of Bravo Two Zero.

What listeners say about Down to the Wire

Really disappointing. Stagnant story and goes nowhere fast, compared to Dark Winter it is diluted, drawn out and boring.

I think its time Nick Stone was killed off. I found myself hoping it was going to happen this time. Having read all the previous books, some more than once, I am not sure I will read the next if it happens.

was hoping for better

Being someone who has read and listened to all the previous books in this series, I am more than disappointed with this effort. If there is any more in this series to come out I can't see myself getting it

Not sure if this is the end, had read somewhere it was meant to be.

The Nick Stone books are great, I love the suspense with a hint of a love story in the village.

This can’t be the last!!

We want more Nick stone, this is a great series and I hope it continues.

Down to the wire

It was a great ending to a great series of books

Not up to his normal standards

Listened to just about all the andy McNab books. This is a very poor one. Hopefully he get bsck on form for the next.