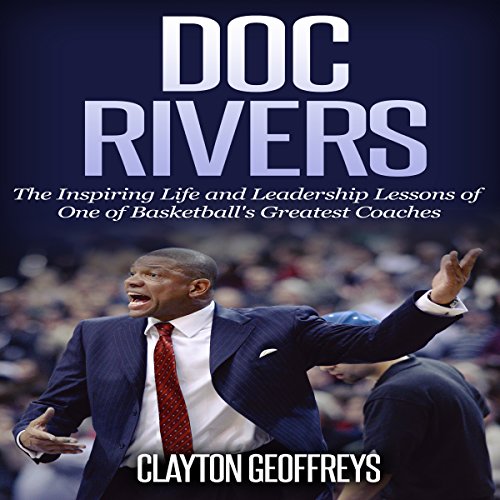 Doc Rivers: The Inspiring Life and Leadership Lessons of One of Basketball's Greatest Coaches

By: Clayton Geoffreys
Narrated by: Glynn Amburgey
Try for £0.00

Doc Rivers: The Inspiring Life and Leadership Lessons of One of Basketball's Greatest Coaches, you will learn the story of one of basketball's premier coaches, Doc Rivers. Doc Rivers is often lauded as one of the top coaches in the NBA, and with good reason. In his first season as the head coach of the Orlando Magic in 1999, Rivers took a team that was projected to finish last in the league to a near playoff birth. That "Heart and Hustle" Orlando Magic team would put Doc Rivers on the map.

Since that time, Doc has remained one of the most sought-after coaches around the league. His most notable success as a coach came in 2008, as he led the Boston Celtics to their first championship since 1986. There are a number of key leadership lessons that can be learned from Doc Rivers, such as developing player relationships, motivating by challenging, and implementing a consistent system. Whether you're a basketball player or a coach looking for inspiration, this audiobook will help you discover the incredible story of Doc Rivers and the many leadership lessons that can be learned from studying his success.

Here is a preview of what is inside this audiobook:

What listeners say about Doc Rivers: The Inspiring Life and Leadership Lessons of One of Basketball's Greatest Coaches