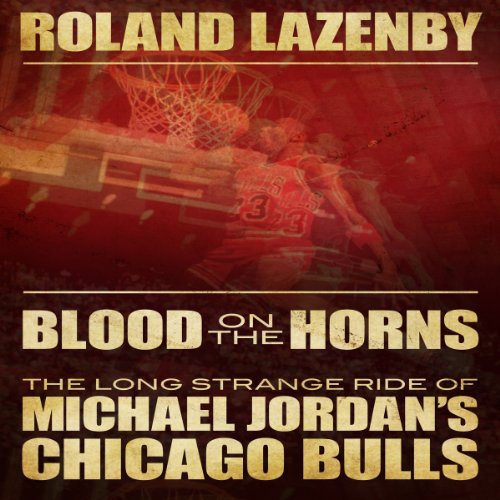 Blood on the Horns

By: Roland Lazenby
Narrated by: Brandon Massey
Try for £0.00

How big was the pressure? How deep was the division? Those were the questions that would beg answering long after the Chicago Bulls had completed their strife-ridden 1997-98 season in the National Basketball Association. Blood on the Horns details the infighting and conflict between Jordan, coach Phil Jackson, teammate Scottie Pippen and the team's general manager, Jerry Krause, and managing partner, Jerry Reinsdorf. Through exclusive interviews with the team and staff, Lazenby expertly recreates the drama of 1997-98 and the Bulls' struggle to remain a team.

What listeners say about Blood on the Horns

Book is interesting but absolutely terribly narrated. Sounds like a robot reading it to me. Made the experience of hearing this book very bad.

By far the worst narrator I've ever come across.

Book is decent enough, timeline is all over the place, unless you remember much of those years could get confusing. The narrator is horrific, had to speed it up just to make it listenable. He reads with no life or character. Almost entirely phonetically. Painful.

It could have been much better

I liked the book, but I feel like to much of it was about Jerry Krause. I would have liked to hear more about the other players and what happened in a lot more games. The Narrator could have been much better and more lively. There last playoff run should have been much more detailed.

Must Read (Listen) For Jordan Fans

Great stories from the Bulls' heyday of the 1990's ! Learned a few things I never knew about them and we reminded of some things that I forgot.

Best Listen in a While

I enjoyed everything about this book. The detail of the backgrounds of all the players, management, and the team were sensational. Not only did this book spark nostalgia it opened my mind to becoming a better me. Strange, maybe, but you never know what’s going to tingle your senses and make you better. Somehow, it was this book.

great book if you are a fan of MJ