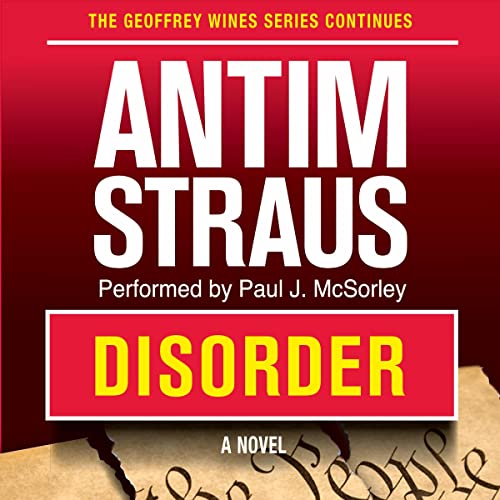 By: Antim Straus
Narrated by: Paul J McSorley
Try for £0.00

If the political drama of the January 6 insurrection, Watergate, Monica-gate, The Pentagon Papers, or the exposé books by Bob Woodward excite you, then you will be entranced by Disorder: A Novel from beginning to end.

Washington Post metro reporter Geoffrey Wines becomes suspicious when the presidential election cycle begins and two of his “metro-beat” contacts ask him about strange events: A pizza parlor owner can’t understand why groups of armed men are showing up at his restaurant demanding to know why he is keeping kidnapped children captive in his downstairs game room; an inner-city Baptist minister can’t figure out why his congregants are so concerned about Facebook stories they are reading.

Working on a tip from a most unlikely source, Wines enlists help from James Olsen, the paper’s new media correspondent and computer hacker. Fighting fire with fire, Olsen uses his hacking skills and sets traps, exposing a network of disinformation and the operatives behind it. Despite this evidence, the editors of the Washington Post are reluctant to report on the falsehoods for fear of spreading fake news and exposing the paper’s investigation techniques.

What listeners say about Disorder: A Novel

Loved this! What a ride!

I loved Jimmy’s character and the pace of the story. The writing and narration of the story was compelling and felt too true to life! Looking forward to see what Antim Straus comes up with next! The writing and the way this books timing and cadence along with story makes this a must read again!