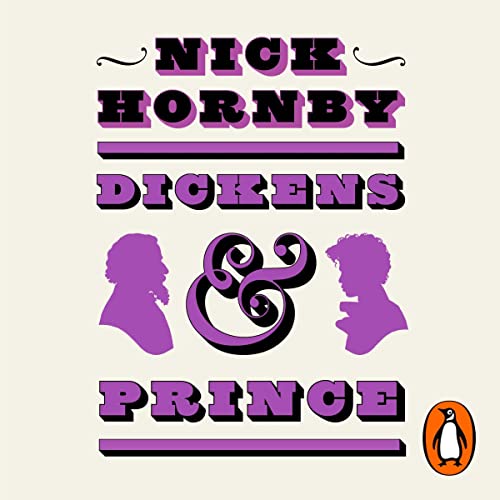 By: Nick Hornby
Narrated by: Alex Jennings
Try for £0.00

In this joyous and illuminating audiobook, the million-copy best-selling author brings together an unlikely pairing to explore the story of their creative genius.

What could possibly connect Prince, the great 20th century singer songwriter and Charles Dickens, the great writer of classics usually stuffed into the hands of adolescents too early? What could these two geniuses, one born in 1812 in England, and the other in 1950s Minneapolis, have in common?

For Nick Hornby, Dickens and Prince are two artists that compare to no others. At the young age of 24, they both had their breakthroughs, Prince with 1999 and Dickens with The Pickwick Papers. At 26, Prince released Purple Rain and Dickens's Oliver Twist was published and, by 30, both artists were huge stars.

No one else had such a relentless work ethic and produced such a staggeringly original and enormous body of work. Where did their magic come from? How did they use it? And, in the end, did it kill them?

Tracing their lives, from the early years to their relationships with women, their finances to their inability to stop working, Dickens and Prince is a brilliantly surprising and joyous uncovering of the essence of a very particular and unique type of genius.

What listeners say about Dickens and Prince

I bought this mainly as a prince fan. I also appreciate Dickens. It didn't work for me. I didn't like how it switched from one to the other and didn't feel like I learned a lot about either Prince or Dickens really. Overall a bit of a waste of time.

As a huge prince fan I was definitely going to listen to this. Very enjoyable appreciation of 2 masters in their field.