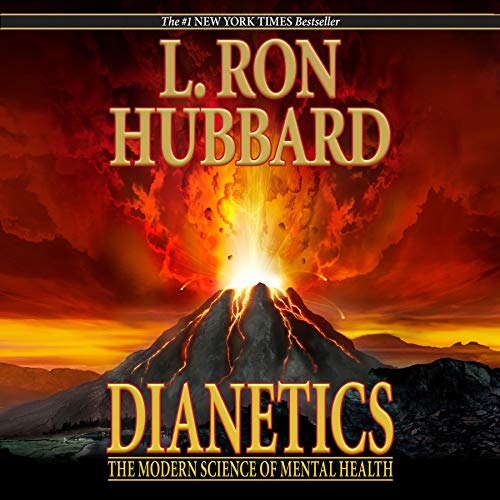 With over 22,000,000 copies sold in 50 languages, and used in more than 176 nations, Dianetics brings dramatic and permanent improvement to people all over the world.

“While it’s true that Dianetics has become the self-improvement classic, there can be little doubt that what it has to offer is just what people are now looking for in ever increasing numbers. Reducing stress, achieving goals, improving relationships and striving to live up to one’s full potential is definitely the in thing.” (New York Post)

“Hubbard’s bestseller has helped millions, and it should be read and used by all who are searching for a true understanding of the mind and a solution to such problems as self-doubt, stress, anxiety and depression.” (World Reporter)

“[Dianetics is] a new science which works with the invariability of physical science in the field of the human mind. From all indications it will prove to be as revolutionary for humanity as the first caveman’s discovery and utilization of fire.” (Daily Mirror)

If you’ve ever felt there was something holding you back in life, ruining your plans and stopping you from being who you want to be, you were right.

The fact is, there is a single source of all your problems, stress, unhappiness and self-doubt. It’s called the reactive mind—the hidden part of your mind that stores all painful experiences, then uses them against you.

With Dianetics, you can learn to control your reactive mind—freeing you to live an extraordinary life and be your true self.

Don’t live with insecurity, negative thoughts, depression and irrational behavior. Use Dianetics to take control of your future.

Start the adventure—of you. Buy and listen to Dianetics: The Modern Science of Mental Health.

With over two hundred million copies of his works in circulation and dozens of international bestsellers, L. Ron Hubbard has inspired a movement spanning every continent on earth. All told, those works comprise some 5,000 writings and 3,000 recorded lectures and, as such, stand as the single most embracive statement on the human mind and spirit. His breakthroughs have helped millions lead more successful lives and achieve true happiness.

What listeners say about Dianetics: The Modern Science of Mental Health

An amazing and insightful book

Dianetics is a great book which explores the mind, then gives you solutions to help yourself and the others around you.

excellent book ever I bought. thanks

I have been searching for answers and couldn't find in many books now found it and it help me a lot and it totally works when I use its technique.

I find dianetics fascinating, but after reading this book I would not be confident as you are told a few times to perform rhis prooces on a patient as the wrong word or phrase could causebdxientolgt.

With everything happening across the world today this book has helped me understand what is happening around me.

Very interesting theory’s on the mind

I actually feel dumber from listening to this book

Worryingly focused on abortion and relationship violence. Was just white noise in the background at the end

Excellent study of the human mind.

Dianetics, the modern science of mental health, is probably the most important book written on the human mind ever.
It uses analogies in describing how the mind works, and gives anecdotal accounts of actual events that cause pain and stress. The therapy is not for the faint hearted. It requires commitment and the ability to confront absolutely anything. The benefits of therapy are unlimited.
I know that for some people Dianetics is nonsense. They don't get it at all. That's ok, each to their own. Another mans junk is another mans gold.
But, just try it. What is true for you, is true for you. You may like it.

A really great book to listen to, so much to learn from this. Narrated Perfectly.

This book needs to come with a warning and those that have given it good reviews must surely have a financial incentive or a very troubled mind/soul. The monotone delivery is however quite good for getting to sleep.

Dire Drivel from one who is open minded.

This was horrendous. It is totally illogical, drivel. I could not finish. Narrator was boring.

Don't bother, it's all just rubbish

I really struggled to listen to this rubbish, but I said I'd give it a chance. I should of listened to myself. it's a telling of story and philosophical nonsense. This book is a cults hand book and certainly not any words of a church or religious affiliate.

I always thought Dianetics and Scientology were a bit loopy, but before I criticize something I make a point of understanding it first. I chose to listen to Dianetics on audible instead of reading it because of the length. I am about half way through and I can't take it any more. There is a lot of nonsense talk and the word engram is used so often I swear some one gets a commission each time it's read. The basic premise is that there are two minds in each person, the analytical mind and the reactive mind. The analytical mind is rational and makes decisions based on logic. The reactive mind reacts based on fear and aggression, based on past traumatic experiences. This is not rocket science to most people. This is the problem of this book. It takes this simple premise and reiterates it chapter after chapter, paragraph after paragraph, in such a repetitive and boring manner. To keep you excited (asleep really) the author has thrown in lots of gibberish fake science.

Every time I read something I disagree with I at least see something of merit in the authors work, a point of view. I see some reasoned argument for that persons position and I can learn from it. This book is the first time I have walked away understanding nothing. It is clearly trash designed to take your money and provide you with nothing in return. As Orwell said, it is trying to give solidity to pure wind.

Chose to listen to this because I wanted to learn what Dianetics is about. If I started believing what this group believes, I really would need intensive therapy!

I gave up before the book made any kind of point.

What would have made Dianetics better?

The book just rambled. I'm hoping it eventually got to a point or some sort of action plan, I just couldn't hang in there. It kept going in circles without giving any kind of real information.

What was most disappointing about L. Ron Hubbard’s story?

There was no story.

What does Lloyd Sherr bring to the story that you wouldn’t experience if you just read the book?

I probably wouldn't have made it past the first page if I hadn't been plugged into an audio book and taking a walk.

I'm one to give everything a chance, but this book is just too full (in my opinion) of WAY TOO MUCH rhetoric. Allot of the references are made to "research" which is not supported by the text. Just allot of "we found this or that in our study". The book is also full of countless theoretical examples to try to explain what the author is trying to say. I kept feeling like "yeah I got it the first 20 times you said it" was something I kept repeating in my head. official sounding terms and labels fill the book, and really don't serve to convince me that the author was really on to something. I picked up a couple of helpful tips on how I can manipulate how my mind may perceive something, but other than that I really couldn't wait to finish the book, to just put the dam thing behind me. I'm not one to mess with folks beliefs, but how they built a "religion" around the ideas put forth by this book is beyond me. The text really has nothing to do with a belief structure, but reads more like a case study on the mind and how the author believes it works. Finally, when one thinks it maybe beginning to finally get interesting (more mind rhetoric), the book then turns itself into a instructional manual. As if by reading the dam thing, one might be able to or even more bold, be qualified (eeek) to treat folks for various different mind "psychosomatic" illness. Just from reading this! Scary! Anyway, I've always been curious about this book, and now that it's finally behind me, I can honestly say, that it's not for me, and how it became what it has, and what's sparked is both a shock and a very sad thought.

The concepts presented are just so far fetched that it amazes me a religion has been built around this concept but I guess you have to believe in something.

I Couldn't Take It Anymore

Sorry, I just couldn't take listening to this book any longer. I gave it the first 13 chapters but just could not figure out where the author was going. Way too much for me.

17 hours of audio for $21.00 you can't go wrong.Informative content.Sheds light on dianetic philosophy.

What happens when you mix Buddhism with 50s sci-fi? You get this fraud pseudoscience! Save your money.

A bit weird at times, especially on the views of abortion, but makes some good points on why negative thoughts arise and how to eliminate the constant arrival of negative thoughts. Unfortunately, it seems that you have get in touch with someone who understands and practices the Hypnotherapy and drug combination that this book talks about.

the book is a bunch of double talk, fabricated to make money off you. dont get sucked in