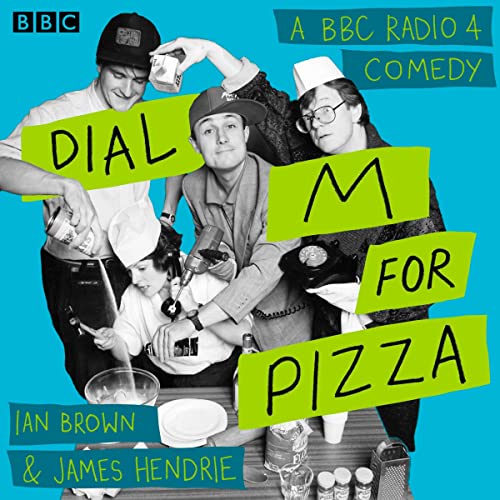 Ever since that first primordial fireball exploded in the void countless aeons ago, people have been doing comic sketches on the radio. And this is no exception.

These two mouth-watering series feature a whole host of tasty takeaway skits and shenanigans, from 'The Man At Parties No-One Wants To Talk To' and 'Britain's Stupidest Postman' to sauna novices, the perfect Proms punter and Batman in his dotage. Other highlights include regular characters Mr Makesalotofmistakes, who can't seem to get anything right, and smug yuppies Richard and Dulcie ('Rich and Dull') Perrier.

Plus, a new, no-nonsense controller turns Radio 3 on its head; Hamlet competes in the ITV gameshow The Prince is Right; and we peek inside the uncensored biography of England's greatest naval officer, Horatio Nelson. There's also some cinematic delights that you won't see at your local multiplex, including British nostalgia-fest A Handful of Audience; the first Eskimo science fiction film Sledge Runner, starring Harrison Fjord; and horror spoof Appointment With Mild Anxiety—not to mention the tour de force that is Dr Terror's House of Pizza...

With additional material by Malcolm Williamson

What listeners say about Dial M for Pizza