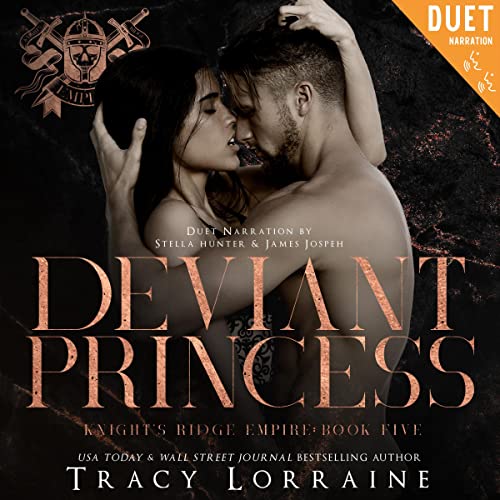 By: Tracy Lorraine
Narrated by: Stella Hunter,James Joseph
Try for £0.00

I should have known better than to play with fire....

I’d been burned by Theo Cirillo enough to know that I should have seen this coming. He loved to show me his merciless side, but I couldn’t stay away from the deviant even if I wanted to.

A prisoner of my own making, playing a game without knowing all the rules. Until the lies he’d been telling, the secrets he’d been keeping began to unravel around us.

He’s the only person I trusted with the truth about my past, but my confession was all for nothing. He never cared. He already knew. He was only manipulating me. Using me.

I was nothing more than a job. A nut he had to crack. And he split me right open, but he’s about to get a shock, because I’m not the kind of girl to roll over and take it.

And I’m about to make him pay for ever trying to play me.

What listeners say about Deviant Princess

I need more!
God I should have paced myself better so I didn't finish these too quickly.
And ending it on a cliffhanger like that brutal!

THIS SERIES IS PHENOMENAL!

Theo and Emmie are so cute! Their story is full of twist and turns for sure. I can’t wait for book 3!