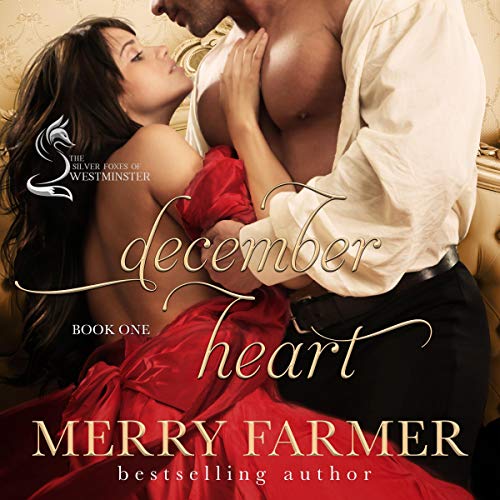 At 27 years old, Mariah Travers has become what she most feared - a spinster and a perpetual adolescent in the eyes of her family and the law. But her fortunes change when her father announces that he has promised her hand in marriage to an old friend and colleague in the House of Lords. Lord Peter deVere, Earl of Dunsford, is not at all who Mariah imagined marrying, but she is willing to take a chance on the older man in order to gain the freedom that only married women are allowed.

After a tragic marriage that stretched on for two decades, Peter is hesitant to marry again. But he needs an heir, or else his dastardly nephew, Lord William, will inherit everything he’s worked his entire life to build. But when he meets Mariah, sparks fly that neither of them expected. Their unlikely match stands a chance of giving each of them all the things they never realized they needed.

But trouble abounds when the mine that has provided Peter with his fortune is exhausted and the search for new veins of copper begins. On top of that, Lord William isn’t about to stand by and watch his inheritance disappear. His efforts to drive a wedge between Peter and Mariah cause havoc and heartbreak at Starcross Castle, which will take an act of heroic devotion to overcome as Peter sets out to prove that true love is ageless.

If you would like to learn about events leading up to December Heart, check out A New Life, part of the West Meets East series.

And be sure to get the two accompanying novellas to December Heart, Starcross Lovers and Starcross Dreams.

The Silver Foxes of Westminster Series consists of:

December Heart and its accompanying novellas:

August Sunrise and its accompanying novellas:

May Mistakes and its accompanying novellas:

What listeners say about December Heart

When Peter agreed to marry his friends daughter

I'm not crazy about the authors narration.

The story is good as always, but I like to hear these story's narrated with an English accent. I'm not sure I want to listen the other story's in the series. I have them to read so I'll just have to make up my own English accent to when I read the story's now.

Okay, I purchased this audible because I really liked Merry Farmer's books. I think that it would have been more enjoyable if it was read by a professional narrator.

OMG! When will I learn!

I have yet to listen to a book read by the author that was worth the money. Ms. Farmer literally reads this book. There is no nuance, there is no subtlety, there is no difference between characters, and there is no British accent. It never fails to surprise me when an author can’t pronounce words in the story they have written. Having said all that, I actually finished the book. Ms. Farmer may take credit for writing a story worth listening to no matter how irritating. I hope she will hire a narrator in the future.