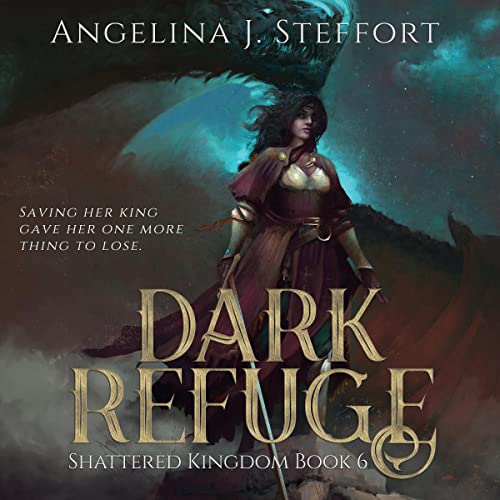 By: Angelina J. Steffort
Narrated by: James Wolven
Try for £0.00

Saving her king gave her one more thing to lose.

While Gandrett and Nehelon are struggling to fit into their new role at the Fae court and secure alliances, Valyn is making his own dangerous alliances.

Addie is left to face the aftermath of a battle that redefines her relationship with the Dragon King, while in the west Brax Brenheran is presented with unexpected support and a theory that could change the course of the war.

In the meantime, Mckenzie is fighting for a way to free the Prince of Phornes of his obligations that would tumble three young royals into misery. To find military support she embarks on a journey which unearths more than just a potential ally.

Other series by Angelina J. Steffort:

What listeners say about Dark Refuge