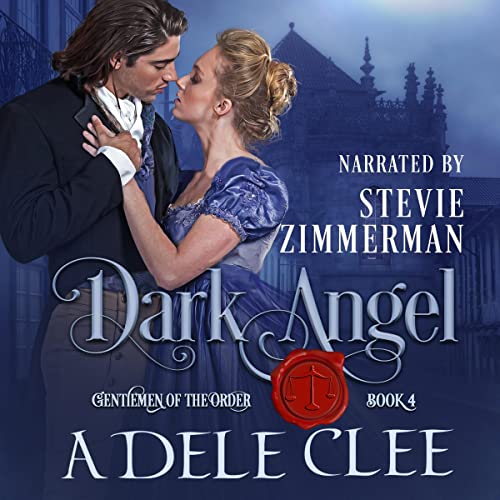 By: Adele Clee
Narrated by: Stevie Zimmerman
Try for £0.00

Having witnessed his parents’ murder as a boy of eight, Dante D’Angelo has spent his adult years hunting the culprit. Working as an enquiry agent for the Order enables him to conduct his own secret investigations. But while working on a case of fraud, he makes a shocking discovery, a connection between the suspect and the devil who murdered his parents. With ruthless determination, Dante pursues the villain—until he encounters a problem in the form of a golden-haired temptress. The Order’s first female agent has been assigned the same case, too.

Beatrice Sands has a deeply personal reason for joining the Order. She must form an alliance with Mr D’Angelo and help him find the beast who killed his parents. But the gentleman is as dangerous as he is handsome. Bitterness consumes him. Beneath his cool façade is a soul wracked with pain. The only way to gain his trust is to prove herself a worthy agent. Yet as their friendship blossoms, she wonders if she has what’s needed to heal his broken heart.

Working together to solve a crime that has damaged both their lives irreparably, friendship gives way to an intense attraction. But when a man knows nothing but pain, is he capable of love? When a man is willing to die for his cause, is there any hope for the future?

Find out in Dark Angel: Gentlemen of the Order Book 4.

What listeners say about Dark Angel