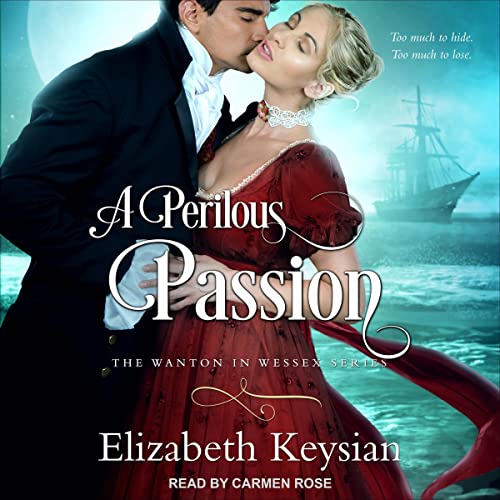 By: Elizabeth Keysian
Narrated by: Carmen Rose
Try for £0.00

Miss Charlotte Allston is unwittingly ensnared in a sinister web of traitors and spies when she is literally swept off her feet by a handsome stranger on the beach. Fiercely determined to redeem his honor after a humiliating military defeat, the Earl of Beckport is living incognito, hunting a band of smugglers at the center of a French plot to invade England.

The enigmatic Miss Allston instantly becomes a person of interest to the earl . . . and not just in the smuggling case. Passion flares swift and hot between the two. But when her attempts to help with his secret mission only endanger it, he must question where her loyalty truly lies.

Stunned by the sudden revelation that the woman he is falling for is the daughter of a notorious smuggler, Beckport feels duty-bound to report her. But then Charlotte is captured by the very traitor he's after, forcing the earl to decide between redemption . . . and love.

What listeners say about A Perilous Passion