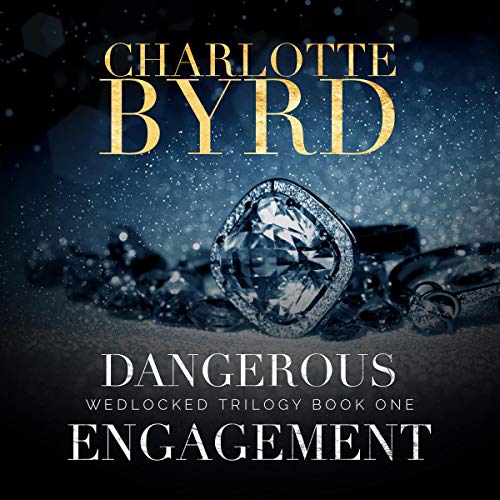 By: Charlotte Byrd
Narrated by: Russell Newton,Tiana Hanson
Try for £0.00

Not long ago, there was nothing I couldn’t have. Now, I don’t even have the choice of whom to marry.

To save my father’s life and our family’s legacy, I have to marry a cruel man who wants me only as a trophy.

Henry Asher was just supposed to be a summer fling, but we fell in love. We thought we would be together forever, but life got in the way. After we broke up, I vowed to never tell Henry the truth about my engagement.

What happens when the lies that were supposed to save me start to drown me?

I didn’t always have wealth or power. There was even a time when I didn’t want any of that.

Then I met her: Aurora Tate is an heiress to a billion-dollar fortune. She grew up on Park Avenue, had a house in the Hamptons and skied in Aspen. Our first summer together was magical. We were naive enough to think that love was going to be enough.

Now, she’s forced to marry a man she hates to save her father's life.

To get her back and to make her my wife, I need to become the man she needs me to be.

Can I do it in time?

What listeners say about Dangerous Engagement

My apologies to the author but this particular book is very dull and too predictable. Also, the narrators were quite boring to listen to. There was no emotion in their performances, which left the story lifeless....even during the break-up. The title is a bit misleading because the “dangerous” part was not evident at all until the last chapter. I would like recommend to the author to slow down the timeline. It jumps ahead too far and too often which makes it hard to become truly invested in the story. It feels like the gaps in time leave us missing important facts and key element. So sorry but I won’t be reading/listening to the next 2 books in the series.

I don’t know if I’m gonna make it through this whole book I cannot handle the narration it is horrible.

loved it I like these easy listens keeps you thinking about the characters and off other things. fun when it carries over

Found out there's no book 3 to this trilogy... Err

Their love story is a bit out of the norm... she's filthy rich and he's dirt poor... but for someone who is so rich has no money... I just don't understand that. Daughter of a billionaire who lives off of her parents has no money of her own? Strange.

And so, the two naturally struggle when parents cut her off. Wow! Is that how the rich live? Just off their parents with no money of their own?

The parents are very questionable people without any family morals... and she doesn't have a backbone. Frustrating.

The narration is ok. Can't say I liked it a lot.

Knowing this is a trilogy, keep in mind that book 3 is not available. So, you will be left hanging.