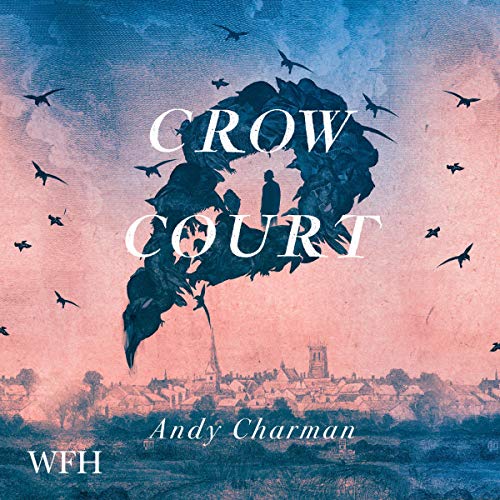 By: Andy Charman
Narrated by: Mark Mitchinson
Try for £0.00

Nominated for the Desmond Elliot Prize

Spring, 1840. In the Dorset market town of Wimborne Minster, a young choirboy drowns himself. Soon after, the choirmaster - a belligerent man with a vicious reputation - is found murdered, in a discovery tainted as much by relief as it is by suspicion. The gaze of the magistrates falls on four local men, whose decisions will reverberate through the community for years to come.

So begins the chronicle of Crow Court, unravelling over 14 delicately interwoven episodes, the town of Wimborne their backdrop: a young gentleman and his groom run off to join the army; a sleepwalking cordwainer wakes on his wife's grave; desperate farmhands emigrate.

We meet the composer with writer's block, the smuggler, a troupe of actors down from London and old Art Pugh, whose impoverished life has made him hard to amuse. Meanwhile, justice waits.

“Debut novels shouldn't be this perfectly formed. Its subject is historic, yet its exploration of morality feels utterly modern. A rarity in historical fiction: it truly places you in the here and now of a world once removed. Crow Court already looks, feels and smells like a classic.” (Ben Myers, author of The Gallows Pole and The Offing)

“An innovative and beautifully written historical novel that features an array of diverse characters and voices from its vividly-realised Dorset setting.” (Jane Harris, author of Sugar Money)

“Inventive, original and deeply moving. There is a warmth and humanity, an acceptance of the vagaries and challenges of life.” (Alice Jolly, author of Mary Ann Sate, Imbecile)

“A gripping mystery, beautifully teased out over several decades, full of intrigue and ambiguity.” (Andy Hamilton, author of Longhand)

What listeners say about Crow Court

A brilliant and superbly crafted book

Most first-time novelists must only dream of producing a work of such distinction. A compelling story told with great power. Highly recommended.