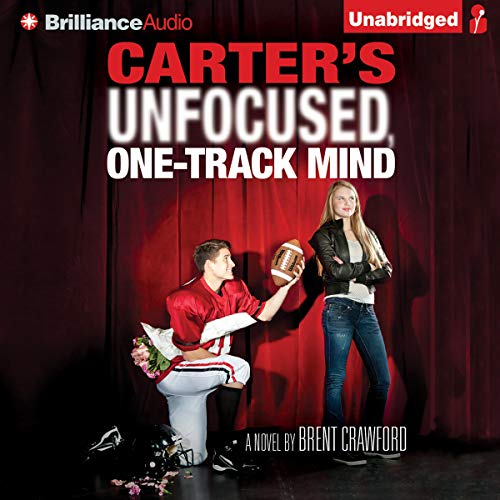 By: Brent Crawford
Narrated by: Nick Podehl
Try for £0.00

After an eventful freshman year and a disastrous summer, fifteen-year-old Will Carter returns to Merrian High none the wiser. The year starts off pretty normally. He’s back on the football field (the bench area of the field). He and his boys start a fight club to defend themselves against Scary Terry Moss, who is out of juvie and hunting Carter. And he goes to homecoming again with Amber Lee. The good news: she’s really into him this year. The bad news: she’s all kinds of pregnant (not with his kid, but that probably goes without saying).

When his on-again/off-again girlfriend, Abby, is accepted to the New York Drama School, Carter’s world is thrown upside down. She wants him to apply to the school too. He knows it would be awesome, and he’s pretty sure Abby would let him see her naked in New York. But what about his boys? And with his sister headed to college, can his parents survive without him? Plus, the application is really long. It will take a lot of soul-searching (and in-school suspensions) for Carter to make his decision.

In the meantime, there are plenty of classes to be late to, parties to avoid, and cops to run from. The laughs and good times continue in Carter’s Unfocused, One-Track Mind, the third book in the Carter series.

loved it and the narrative is so much fun. story is engaging and makes you laugh out loud