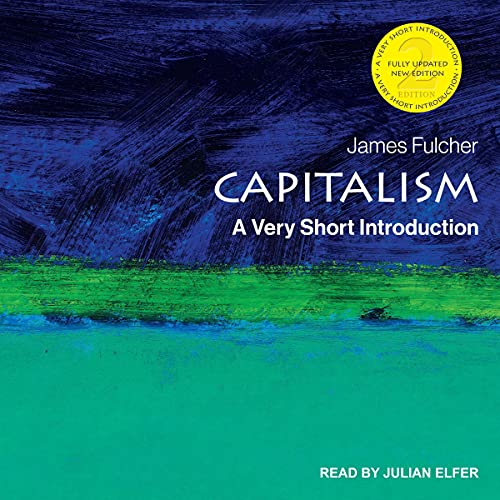 What is capitalism? Is capitalism the same everywhere? Is there an alternative?

The word capitalism is one that is heard and used frequently, but what is capitalism really all about, and what does it mean? This Very Short Introduction audiobook addresses questions such as, "what is capital?" before discussing the history and development of capitalism through several detailed case studies, ranging from the tulipomania of 17th-century Holland, the Great Depression of the 1930s, and, in this new edition, the impact of the global financial crisis that started in 2007-08.

James Fulcher looks at the different forms that capitalism takes in Britain, Japan, Sweden, and the United States, and explores whether capitalism has escaped the nation-state by going global. It ends by asking whether there is an alternative to capitalism, discussing socialism, communal and cooperative experiments, and the alternatives proposed by environmentalists.