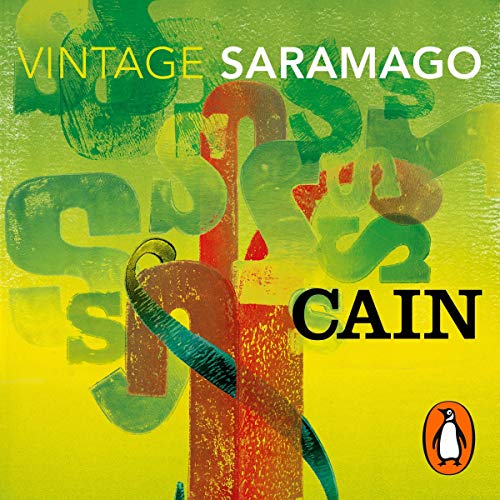 By: José Saramago
Narrated by: Jay Villiers
Try for £0.00

Two decades after Portuguese novelist and Nobel Laureate José Saramago shocked the religious world with his novel The Gospel According to Jesus Christ, he has done it again with Cain, a satire of the Old Testament. Written in the last years of Saramago’s life, it tackles many of the moral and logical non sequiturs created by a wilful, authoritarian God, and forms part of Saramago’s long argument with religion.

The stories in this book are witty and provocative. After Adam and Eve have been cast out of Eden, Eve decides to go back and ask the angel guarding the gate if he can give her some of the fruit that is going to waste inside. The angel agrees, and although Eve swears to Adam that she offered the angel nothing in return, their first child is suspiciously blond and fair-skinned. Cain, in his wandering, overhears a strange conversation between a man named Abraham and his son Isaac – and manages to prevent the father from murdering the son. The angel appointed by God to prevent the murder arrives late due to a wing malfunction. Cain brushes off his apology. ‘What would have happened if I hadn’t been here?’ Cain asks, ‘and what kind of god would ask a father to sacrifice his own son?’ Saramago died in June 2010, shortly after the controversial Portuguese publication of Cain but before he could participate in its publication in other countries. Harvill Secker’s edition of this remarkable book will be part of a tribute to Saramago’s life and work which includes the gradual reissue of his previous novels as Vintage Classics.

What listeners say about Cain

Demonstrate a distraction - not positive views on people’s life. I have seen denominative views on human kind.