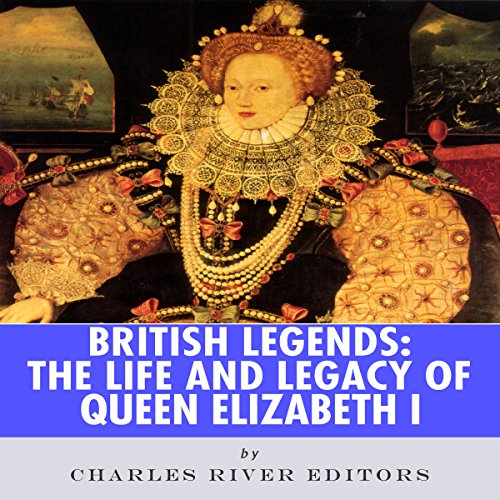 British Legends: The Life and Legacy of Queen Elizabeth I

By: Charles River Editors
Narrated by: Michael Gilboe
Try for £0.00

A lot of ink has been spilled covering the lives of history's most influential figures, but how much of the forest is lost for the trees? In Charles River Editors' British Legends series, listeners can get caught up to speed on the lives of Great Britain's most important men and women in the time it takes to finish a commute, while learning interesting facts long forgotten or never known.

When Queen Elizabeth II came to the throne in 1952, many commentators heralded the beginning of her reign as the second Elizabethan age. The first one, of course, concerned the reign of Henry VIII's second surviving daughter, and middle surviving child, Queen Elizabeth I, one of England's most famous and influential rulers. It was an age when the arts, commerce, and trade flourished. It was the epoch of gallantry and great, enduring literature. It was also an age of wars and military conflicts in which men were the primary drivers and women often were pawns.

Elizabeth I changed the rules of the game and indeed, she herself was changed by the game. She was a female monarch of England, a kingdom that had unceremoniously broken with the Catholic Church. The Vatican, and the rest of Christendom, was baying for her blood. She had commercial and militaristic enemies galore. In the end, she helped change the entire structure of female leadership.

Elizabeth was the last Tudor sovereign, the daughter of the cruel and magnificent King Henry VIII, and a granddaughter of the Tudor House's founder, the shrewd Henry VII. Elizabeth, hailed as "Good Queen Bess", "Gloriana", and "The Virgin Queen" to this day, would go on to improve upon Henry VIII's successes.

What listeners say about British Legends: The Life and Legacy of Queen Elizabeth I