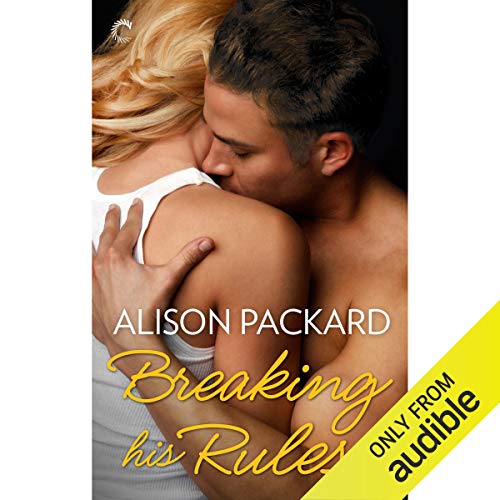 By: Alison Packard
Narrated by: Sandra Caldwell
Try for £0.00

Losing 50 pounds is an incredible achievement. But for Melissa Atherton, progress doesn't come with praise - a scathing comment from an evil cousin at a bridal shower threatens to crush her new self-esteem. Who will she bring to the upcoming wedding? Showing up without a date would be humiliating. It just isn't an option.

Personal trainer Jake Sawyer was attracted to Melissa before she lost weight, but her progress has him floored. When she admits she plans to hire a male escort - and why - his heart all but breaks. Melissa's come too far to be knocked down, especially by her own family. He'll go as her date...and figure out a way to keep his hands to himself. But when a steamy hotel room encounter takes them both by surprise, Jake balks. He's sworn never to date one of his clients, not again. And Melissa can't bear to be just friends with the man who treated her so tenderly, even if it was only for a weekend. Jake's helped her see she's strong enough to stand up for herself, but will she find the strength to pursue the only man who's ever seen the real her?

What listeners say about Breaking His Rules

Worst of the series!

Skip this book or just read it. I read and listened to it. The narrator for it was awful. Every person sounded the same. She just read it and did not act it at all. As for the story, I was not impressed. Alison Packard is one of my favs but she missed it on this one. This was all about size and bullying. I'm all for the books that empowers women to stand up for themselves and love themselves. This book would have been great but it seem to focus more on the bullies than the main characters of the story. Character development in this product was not nearly as good as her previous books. It makes me wonder if this book wasn't written first. I'll definitely give Alison Packard another shot because she has written better than this. There is a book 5, so if you think you can manage to skip a book and continue with the series this will be the one to skip.

This is the fourth book in the series that I have listened to, and the best by far. Great believable characters, really good narrator, although the ending is a bit cheese-ball. But still great fun, and will listen to it again!

I loved the characters in this novel. Obviously, this novel fits a specific genre, so it doesn’t take a rocket scientist to know what will happen, but it doesn’t make the story any less nice. Also, I was excited to read more about the brother who owned the gym after reading an earlier book in the series!

The writing was so simple especially for the 4th book in the series. The narrator could have made it a little better but was so monotone. I don't understand how some of these people are narrators. They can ruin even a well written story.

Not my favorite, but still enjoyable

My Favorite would be "The Winning Season." That said, if you enjoy Alison Packard, you'll like this book.