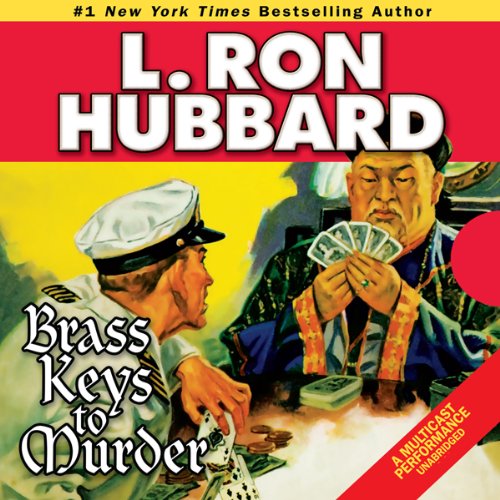 US Navy Lieutenant Steve Craig is in one hell of a mess. Being accused of murder is bad enough, but the local police are convinced he’s killed his own father. And now, for Steve Craig, the plot is about to get down and dirty.

Steve’s safe from the cops as long as he stays aboard his Navy ship - but the word safe isn’t in his vocabulary. He slips off the vessel and vanishes into the seamy underside of the city, determined to find out who took his father's life...even if it means risking his own.

He follows a trail of smoke and mirrors and sudden violence to the Brass Keys to Murder. With them, Steve will seek to unlock the terrible truth behind his father’s death...and an astonishing secret that will change his life - and that of the woman he loves - forever.

The foghorn sounds, gunfire erupts, and screams pierce the night as the audio version of Brass Keys to Murder opens up a Pandora’s Box of mystery, danger and suspense. “Great character acting and narration.” (Yahoo Voices)

What listeners say about Brass Keys to Murder

This was an exciting adventure and it was written in the old style of detective stories.

WHAT A FUN LITTLE LISTEN, KEPT ME WANTIG TO HELP THE HERO FIND HIS FATHERS KILLER.