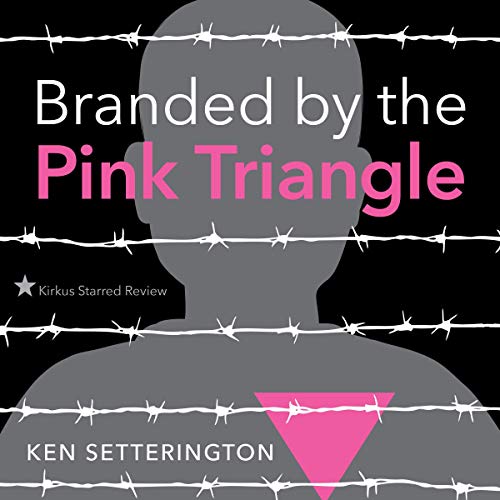 Branded by the Pink Triangle

By: Ken Setterington
Narrated by: Bill Marchant
Try for £0.00

When the Nazis came to power in Europe, the lives of homosexuals came to be ruled by fear as raids, arrests, prison sentences, and expulsions became the daily reality. When the concentration camps were built, homosexuals were imprisoned along with Jews. The pink triangle, sewn onto prison uniforms, became the symbol of their persecution. Branded by the Pink Triangle combines historical research with first-person accounts and individual stories to bring this history to life for listeners. From the first chapter, with its story of a young Jewish girl who was rescued from the depths of despair and starvation in the camps by a fellow prisoner who wore the pink triangle, to the last, entitled It Gets Better, which outlines the strides forward in gay rights made in the decades since the war, the feeling of bravery and perseverance in the face of inhuman cruelty shines through.

"Setterington's slim book, which should be in schools, synagogues and human rights museums everywhere, speaks volumes about a time that few LGBT youths today, contemplating who to take to the prom or the parade, would have knowledge about." (Toronto Star)

"An impassioned and cogent history of the persecution of gay men during the Holocaust...a remarkably informative and necessary work." (Kirkus Reviews, starred review)

"Telling the stories of the men who faced this persecution, the long road back to acceptance, and the story of the pink triangle, Branded by the Pink Triangle is a strong addition to gay studies and history collections, as well as Holocaust studies collections." (The Midwest Book Review)

What listeners say about Branded by the Pink Triangle

Should be required reading in highschool.

Excellent information about how WW2 went far beyond the attempted annihilation of Jewish humans. The LGBTQ community is often left out of discussions and it's long overdue for that to change. This book helps to rectify that with heart wrenching details you'll never forget.

These stories must never be forgotten. It is well worth 2 hours of your life.

An important work we should all read

This works is so important. I remember having the paperback years ago and losing it. I just searched for it and found it here.