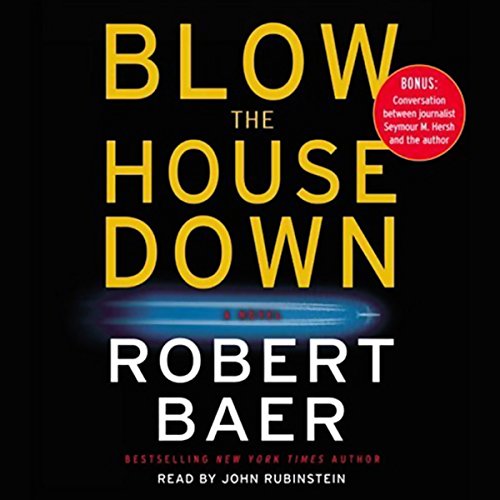 Blow the House Down

By: Robert Baer
Narrated by: John Rubinstein
Try for £0.00

Former CIA operative Robert Baer pushes fiction to the absolute limit in this riveting and unnervingly plausible alternative history of 9/11.

Veteran CIA officer Max Waller has long been obsessed with the abduction and murder of his Agency mentor. Though years of digging yield the name of a suspect, an Iranian math genius turned terrorist, the trail seems too cold to justify further effort. Then Max turns up a photograph of the man standing alongside Osama bin Laden and a mysterious westerner whose face has been cut out, feeding Max's suspicion. When the first official to whom Max shows the photo winds up dead, the out-of-favor agent suddenly finds himself the target of dark forces within the intelligence community who are desperate to muzzle him.

Eluding a global surveillance net, Max, in the summer of 2001, begins tracking the spore of a complex conspiracy, meeting clandestinely with suicide bombers and Arab royalty and ultimately realizing the Iranian he'd sought for a decades-old crime is actually at the nexus of a terrifying plot.

Showing off dazzling tradecraft and an array of richly textured backdrops, and filled with real names and events, Blow the House Down deftly balances fact and possibility to become the first great thriller to spring from the war on terrorism.

"Former CIA agent Baer, author of the memoir See No Evil, which inspired the film Syriana, offers the same closely observed details of intelligence work and life in his first novel." (Publishers Weekly)
"Extremely well crafted....The author...fills the book with the kind of detail that will make readers feel as though they have completed a crash course in international intelligence." (Booklist)

What listeners say about Blow the House Down

author should stick to nonfiction

I read both of Robert Baer's previous (nonfiction) books on his life in the CIA and US-Saudi Arabian relations, and they were great. This novel is a so-so international espionage thriller, whose most interesting part is details about what it's like to be a CIA agent (better outlined in his nonfiction). I think it probably suffers greatly from being abridged because I found some of the connections hard to follow in an abridged audio format.