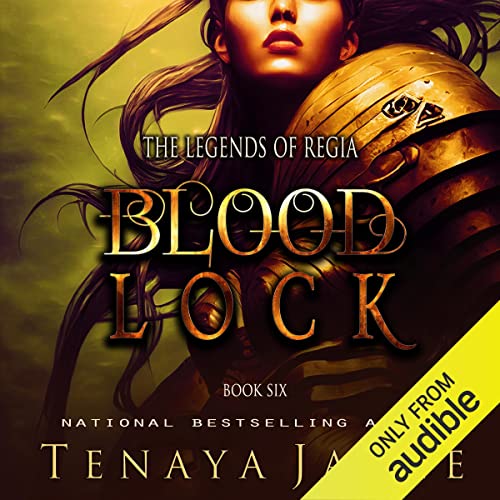 By: Tenaya Jayne
Narrated by: Khristine Hvam
Try for £0.00

After her sister's brutal murder, Sabra swore vengeance. But now, her brother has sold her as mate to the highest bidder. Defiant of the custom, and unwilling to submit, dangerous trouble lies ahead.

In order to survive, she's forced to accept the help of her mortal enemy. On the eve of the Savage Solstice, the werewolves hold a tournament. A fight to the death. The victor will become the new pack leader. In a culture where women have no rights, Sabra will challenge tradition and fight in the tournament. She will need all of her rage, strength, and training if she is to have a chance. But most of all, she'll need her heart, and it just may have been stolen by the man she hates more than anything.

The wizards are coming.... All of Regia's best minds are working tirelessly to come up with a plan to save their world. A blood lock is set in place to hold the enemy back. But if it fails...Will Forest's daughter hold the key to Regia's survival?

What listeners say about Blood Lock

This is a story that redeems a character I thought unredeemable!!! This story is strong and compelling. Jayne did this so well!!! I love learning more about the wearwolves and their society!! Great story! Thanks!

Absolutely loved this book. I don't know how Tenaya does it every time! Can't wait for the next book!

I have been listening to the Legends of Regia series for about 4 months and can't seem to get enough.

You know it’s a good story when you cry over a character. This brings several strands together and makes for a most enjoyable listen

This book is difficult to put down from beginning to end. I highly recommend the entire series. The characters are so perfectly pregormed and so well thought out.

I've been in this series for a while, took some time away as well. To return to.what I believe is my favourite one so far. On to the next...last...then the spinoff, if I'm still loving it.