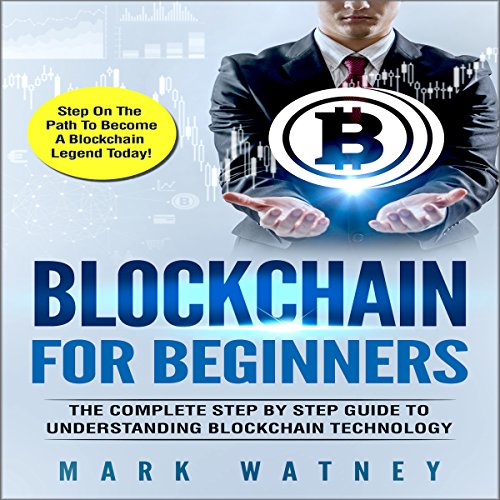 By: Mark Watney
Narrated by: Dominic Carlos
Try for £0.00

The only guide you need to understand the mechanics behind blockchain technology.

This book will help you better understand blockchain, a new computer technology that is changing everything from how financial transactions are made to financial systems themselves. Unlike many other new technologies that emerge on the market, blockchain does not build on pre-existing technology. It actually created an entirely new model for how computer programs can run: in a decentralized, peer-to-peer, open-source manner that is not only virtually impenetrable, but also does not require trusted mediaries to authorize transactions.

Blockchain's origins go back to the early 1990s, the time when the Internet was beginning to become more accessible to the public. The full concept was laid out in 2008 with Satoshi Nakamoto's white paper on his proposed cryptocurrency, Bitcoin. He developed the blockchain concept into a fully operational program that provides the best security features in all of cyber security. Some programmers saw that blockchain could be used for programs other than Bitcoin. They went on to develop powerful networks such as Ethereum and Blockstack, while other programmers began to experiment with other practical applications that blockchain had.

The potential of blockchain is enormous. It enables highly secure transactions that cannot be tampered with. One feature of blockchain, the smart contract, even ensures that all parties involved in a contract carry out their prescribed duties - without the need for any trusted third party or middleman! Thus, there is no need for haggling, disputing claims, or going back and forth on each party's responsibility....

What listeners say about Blockchain for Beginners: The Complete Step-by-Step Guide to Understanding Blockchain Technology

I was hoping for a deeper dive on the mechanics of transaction delivery and mining.
Who presents the cryptographic puzzles to the miners? To download the block chain , where do yo get it and how much storage is needed?