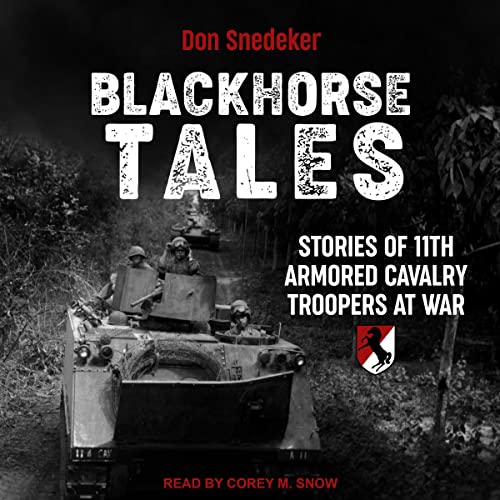 The war stories and combat narratives of the 11th Armored Cavalry Regiment during five-and-a-half years of combat in Vietnam.

When the US Army went to war in South Vietnam in 1965, the general consensus was that counterinsurgency was an infantryman's war; if there were any role at all for armored forces, it would be strictly to support the infantry. However, from the time the 11th Armored Cavalry Regiment arrived in country in September 1966, troopers of the Blackhorse Regiment demonstrated the fallacy of this assumption. By the time of Tet '68, the Army's leadership began to understand that the Regiment's mobility, firepower, flexibility, and leadership made a difference on the battlefield well beyond its numbers.

Over the course of the 11th Cavalry's five-and-a-half years in combat in South Vietnam and Cambodia, over 25,000 young men served in the Regiment. Their stories-and those of their families-represent the Vietnam generation in graphic, sometimes humorous, often heart-wrenching detail. Collected by the author through hundreds of in-person, telephone, and electronic interviews over a period of twenty-five-plus years, these "war stories" provide context for the companion volume, The Blackhorse in Vietnam.

What listeners say about Blackhorse Tales