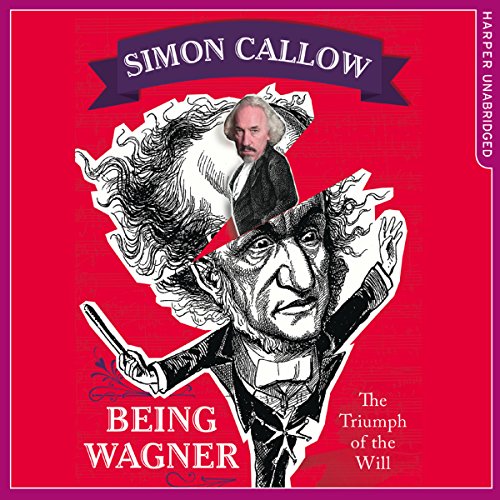 Simon Callow plunges headlong into Wagner's world to discover what it was like to be Wagner and to be around one of music's most influential figures.

During a wildly unpredictable 69-year life, Richard Wagner became the hero of his era and the official protagonist of a new unified Germany: his music was its music. The architect of the vast four-day, 15-hour epic, he unleashed through his thousands and thousands of words gods and dwarves, dragons and songbirds, maidens and female warriors on horseback. All dug deep into the subconscious of his audience, discharging among them oceanic and engulfing emotions. Wagner was the creator, indeed, of the very theatre in which the heaving, roaring audience sat. He was the self-proclaimed musician of the future.

This was exactly what he had set out to achieve, but there was nothing inevitable about it. The magnitude of his accomplishment grew out of - and existed in the face of - a profound instability which characterises every stage and every phase of his life and which is at the very heart of his music. Withdrawing from instability back into the kingdom of art where he would always be an absolute monarch, where his will would always prevail, he explored the depths and the heights of human experience, by which he meant, of course, his own experience. In this bold vision of Wagner's life, best-selling author and acclaimed performer of Inside Wagner's Head Simon Callow turns his famed storytelling energies towards this vast and complex revolutionary of music.

What listeners say about Being Wagner