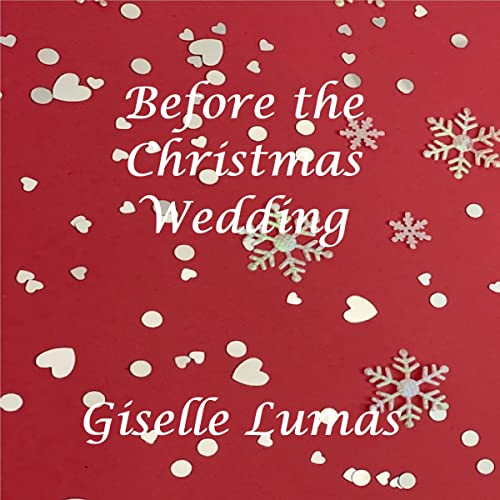 Before the Christmas Wedding

Amanda Alexander has been recruited to be the wedding planner for William and Rachel’s wedding. It has to be the wedding of the city and season. She should be ecstatic and thrilled, and she would be if she didn’t have a lifelong crush on William. She’s trying to be supportive—she really is—but she soon realizes that she can’t do this alone. So, she recruits her neighbor for help. He’s been there for her since they became neighbors three years ago. Of course, he’d be there for her now.

Dex Richardson has been Amanda’s handyman, confidante, helper, and each other’s plus. They’ve even pretended to be each other’s significant other. But he’s been having confusing feelings and emotions lately with anything that involves her. Now he’s helping her plan the wedding for her lifelong crush. It’s hard for him to see her so “crushed”. He’d do anything for her. Almost.

Dex has been someone else’s second choice before—the rebound guy. Dex has no plans on being anyone’s second choice ever again. If things were going to work out between him and Amanda, she would have to confess she loves only him before the wedding.

What listeners say about Before the Christmas Wedding

Read by the author who did a fantastic job bringing the characters to life. The h is hired to be the wedding planner for her longtime crush. she cries on her best friend and neighbor's shoulder. She learns that everything is not always what it seems and that the love of her life has been beside her all this time.