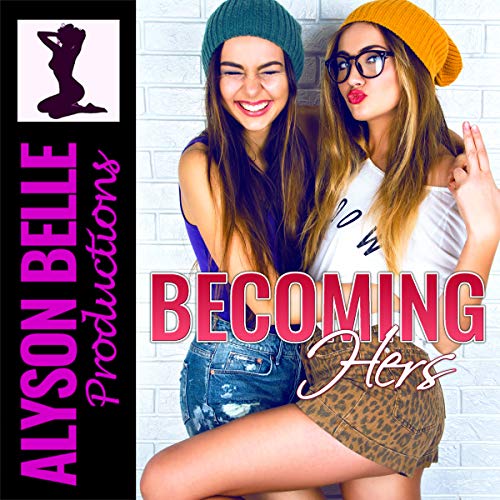 By: Alyson Belle
Narrated by: Juliana Solo
Try for £0.00

Tom McCallister has been in love with his best friend Lyla for as long as he can remember, but what would be the point of telling her that? He's known that it's hopeless ever since she came out to him as a lesbian during their freshman year of college. Lyla likes women, and Tom is definitely not a woman.

But when Tom loses both his job and his girlfriend on the same day, Lyla is still the first person he turns to for support. She tells him to drop everything and fly out to see her in New York, confident that some friend time is exactly what he needs to get through his slump. On the plane ride over, Tom confesses his love for Lyla to a mysterious woman, takes a nap, and then wakes up in New York with some very surprising changes! He's been somehow transformed into a jaw-droppingly beautiful woman - a "megahottie," as Lyla would say. Tom has no idea what's going on and texts Lyla in a panic!

Fortunately, Lyla is there just like always to help him out. But now that Tom is a woman, their whole dynamic has changed. Sparks fly between the two best friends almost immediately, and Tom realizes that as "Jess," he might finally be able to explore his real feelings for Lyla. Is it worth risking everything for a happily ever after?

What listeners say about Becoming Hers

Note: I got a free copy of the title

I've always been into this genre of stories, so it's to no surprise that I enjoyed this one quite a bit! The story was right up my alley, the concept really got me hooked making me hear it almost immediately. As other said, if you're not into this it's hard to recommend, but if you do then it's a no-brainer, I'm sure that you'll love it - I too was hesitant at first, but am I glad that I took the chance and jumped right in! I can't wait to check out more stuff, consider me a fan!

This is a story that I can’t help but listen to again and again periodically. It is a great mix of gender transformation fiction and sentimental romance.

Alyson Belle does a great job capturing the protagonist’s surprise, disbelief and confusion around the transformation and realistically captures how I would expect someone to truly react in that situation.

This is also, in my opinion, one of the best narration performances by Juliana Solo. She does a great job in portraying the characters and immersing the listeners in the story.

I really enjoyed this erotica short story. Our main character Tom is a man who has always felt off in the world. When he meets a strange woman on a plane his life is changed. Tom is magically changed into a woman. I really enjoyed how this story discussed sexism and how women are treated differently than men in society. Tom also discusses how she doesn't feel like a real woman when she is Jess. I liked this part of the story as it is an experiences many transgender woman relate to. I liked the two main characters and their relationship to each other. Highly recommended to fans of friends to lovers and magic.

I really like some of the romps with multiple partners with this author, but this was a super nice story focused on the two characters. A really fun and hot romantic tale.

3 stars simply because the narrator did a good job. The story was meh. 2 stars. Not the worst short story I've ever read but not the greatest. Not enough detail and storyline development. Guy turns into girl. Hooks up with best friend and they live happily ever after in the blink of an eye.

A sweet story of love and the big changes love can cause. What would you give up for the woman you love?

Loved it , the story line is just like mine
would recommend this book totransgenderwomen

like the transformation to female and and then being with the love of their life. totally worth listening to.