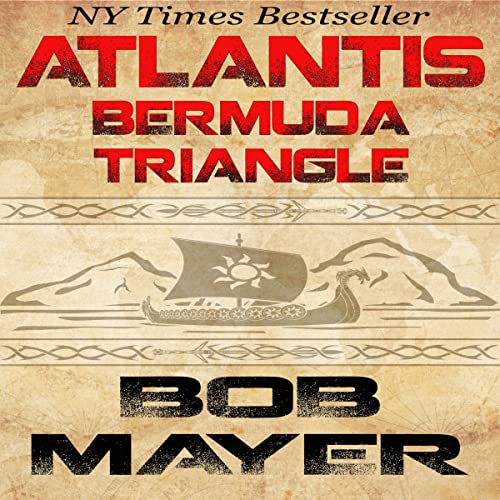 What if the Shadow that destroyed Atlantis 10,000 years ago, comes back to threaten our present world? A war beyond time. An enemy beyond space. A thriller beyond your wildest dreams.

Three areas on the Earth's surface defy explanation: the Bermuda Triangle, the Devil's Sea of Japan, and a small region of Cambodia. Inside these realms, planes have disappeared, ships have vanished, and, in Cambodia, an entire civilization has been lost leaving behind Angkor Wat. In the present, former Green Beret Eric Dane teams up with the mysterious Sin Fen, a woman with powers he can't quite understand to fight the dark Shadow threatening the world.

In the year 1,000 AD, a fearsome Viking Warrior, must protect a Seer from Valkyries, Kraken and other forces of legend and help her on a quest that connects through mysterious gates to Dane's battle in the present. All around the planet, at the junction of ley lines, and where tectonic plates join, black gates are opening, letting the dark Shadow into our world, threatening the very planet itself. Can Dane, Sin Fen, the Viking and the Seer, combine forces across a millennium to save the planet?

If you enjoyed LOST, you'll love this book and be amazed at the similarities in concept (although this book was published before Lost).

"Spell-binding! Will keep you on the edge of your seat. Call it techno-thriller, call it science fiction, call it just terrific story-telling." (Terry Brooks, #1 New York Times best-selling author of the Shannara series and Star Wars Phantom Menace)

... great in every respect -no dull moments as well as extremely thought provoking- Enjoy I certainly did! !!

DIFFERENT TO A LOT OF OTHER SCI-FI ABOUT SET IN A NEAR POSSIBLE CLOSE FUTURE WITH A MILITARY/MYSTERY SETTING FAST PACED THRILLER FIRST IN SERIES.BOUGHT SECOND BOOK AFTER READING/LISTENING TO THIS.

the story is great but the narrator is dull and monotone. that kille the story for me.

Would you listen to another book narrated by J. C. Hayes?

Yes as he narrates this series, but I wish they would have had him pronounce names and words correctly. I hate it when a narrator does not know how to pronounce names or certain words.

i didn't finish it

i just couldn't do it. there are so many other more interesting books (ender series, daemon/freedom TM, the martian, etc) for me that i decided to stop and find a different book. i was really hoping to re-capture the magic of the Area51 books and plowed through book 1 and tried book 2, but there were just no good characters and the mystery wasn't interesting to me. i'm not sure what the book was missing, but something isn't there.

an effort to listen

No and Yes. Yes to read and No to listen. The narration was aggravating just as it was in the first book.

It follows well from the first book and keeps the excitement going despite the monotone and lifeless reader.

Would you be willing to try another one of J. C. Hayes’s performances?

Was Atlantis worth the listening time?

I would have read the book had I known the reading was so bad.

Please review these readings before they are published.

I'm really getting into Mayer's work. He's a terrific author, but again this reading has been let down by terrible narration.

Hayes reads the story at a lethargic pace with no emphasis on urgency regardless of how chaotic the scene for the protagonists. All the strong female characters come across like little girls asking kindly if they could go to play in the park.

Certainly doesn't do Mayers great writing any favours. That said, I'm really looking forward to the later books in the series.

Would you consider the audio edition of Atlantis to be better than the print version?

Did J. C. Hayes do a good job differentiating all the characters? How?

J.C. I thought did a better job holding the various voices together in the second book.

I liked the book, it held me well enough for the finally, I think others will enjoy it.

Way too much explaination of events from the first book. It almost seemed like the author was filling in space to make the book longer by adding very detailed accounts of the characters history from the first book.The book is a great perspective of the Atantis story, the dialog is a little predictable but it is not enough of a distraction to give the book bad marks.