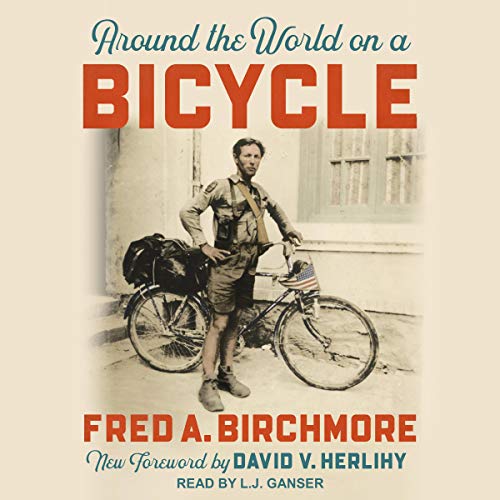 Around the World on a Bicycle

This classic, once hard-to-find travelogue recalls one of the very first around-the-world bicycle treks.

In 1935, Fred A. Birchmore left the small American town of Athens, Georgia, to continue his college studies in Europe. In his spare time, Birchmore toured the continent on a one-speed bike he called Bucephalus (after the name of Alexander the Great's horse). A born wanderer, Birchmore broadened his travels to include the British Isles and even the Mediterranean. After a lengthy, unplanned detour in Egypt, Birchmore put his studies on hold, pointed Bucephalus eastward, and just kept going. From desert valleys to frozen peaks, from palace promenades to muddy jungle trails, Birchmore saw it all on his 18-month, 25,000-mile odyssey. Some of the people he encountered had never seen a bike - or, for that matter, an Anglo-European.

As a good travel experience should, Birchmore's trip changed his outlook on strangers. Always daring, outgoing, and energetic, he now saw an innate goodness in people. In between bone-breaking spills, wild animal attacks, and privation of all kinds, Birchmore learned that he had little to fear from human encounters. That he traveled through a world on the brink of global war makes this lesson even more remarkable - and timeless.

What listeners say about Around the World on a Bicycle

Overall I really enjoyed the story. The author seemed to be a decent person, but at times the cultural ignorance and white privileged mindset of the past was challenging. One has to keep in mind that most people of that time were very culturally ignorant.
That being said, what a great adventure! I was magically transported!