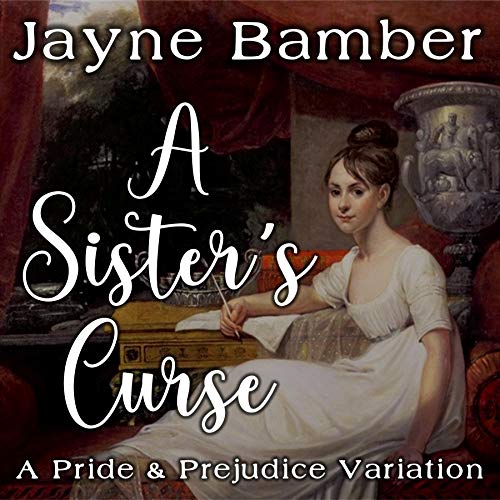 By: Jayne Bamber
Narrated by: Katherine Holt
Try for £0.00

Two families from very different situations in life are linked forever after a fatal accident on the Great North Road. This tragedy breeds years of sorrow and misunderstanding as well as prosperity and even romance in an emotional coming-of-age tale not only for Elizabeth Bennet, but for her sisters, and even the adults who let them down.

For nearly two decades, Edward Gardiner is haunted by the difficult decisions he has made. Lady Anne Darcy must bear all the guilt and delight of being granted her heart’s desire...at a price. The Fitzwilliam family has motives and misgivings of their own as the earl of Matlock tries to keep them all together, right the wrongs of the past, and pave the way for the next generation.

Fitzwilliam Darcy realizes too late what it means to be a brother and is faced with a parts of his past he regrets, just as his desire to protect the family he loves leads him back to the woman he was destined to love the most...a woman who despises him.

Elizabeth Bennet struggles through the turbulence of adolescence, her judgement clouded by past trauma and the complicated dynamics of her extended family. Secrets are revealed and reexamined as she is forced to come to terms with the truth of her past and the promise of her future, in a family bound together by heartbreak.

This story is based on a deviation from canon 18 years prior to the opening of Pride & Prejudice. Several canon characters are omitted entirely, and aside from Darcy and Elizabeth, the story will focus on several minor canon characters. Some of these characters have developed differently from canon due to the events of the story as they unfold. New characters have also been introduced: The earl and countess of Matlock and their children, the viscount and Lady Charlotte, as well as the dowager countess of Matlock, lady Olivia Gardiner and Rose Gardiner, Sir Lewis de Bourgh, and Elliot de Bourgh.

What listeners say about A Sister's Curse

I got through it

The story was all over the place to me. So much going on, so much changed. It would have almost been better to make this a story unrelated to P&P. The narration was weird. It was so slow. I had to speed it up to 1.1 (sometimes 1.2) for it to seem normal to me. I don’t think I would ever reread this like I do with my other books. I have others from this author that I liked much better, Madness in Meryton for example.

An intricate and interesting story. Well written and the narrator did a great job. The beginning of the story changes the whole story. Secrets and nefarious business. Some angst before ODC can have their HEA.

You would never expect the villain

I also love the more surprising couples. It was incredibly well written, and every couple made sense.

Was not personally fond of the narrator's voice, but was very impressed with the delivery.