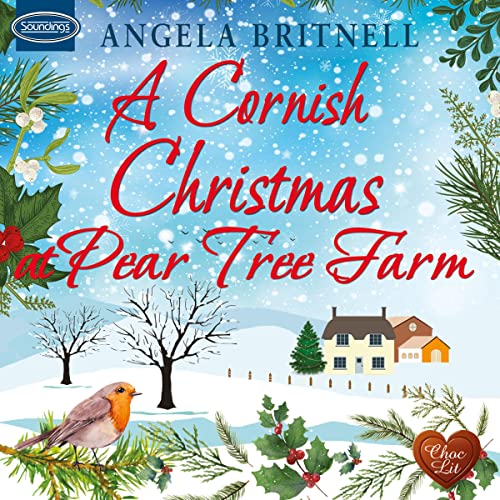 By: Angela Britnell
Narrated by: Willow Nash
Try for £0.00

Soundings and Choc Lit present the audio edition of A Cornish Christmas at Pear Tree Farm.

Pear Tree Farm in Cornwall, owned by the kind-hearted Nessa Vivian, is known for taking in lost souls, and ex-soldier Crispin Davies is certainly one of those. But the once sleepy caravan park is now a thriving business, and far from the peace and quiet Crispin was craving, he soon finds himself roped into helping out with a short-notice Christmas festival, organised by Nessa’s sister, Lowena.

But despite Crispin’s initial reluctance, his involvement in the festival serves to throw him together with Ashley Spencer, an American woman and fellow lost soul. Could Lowena’s ambitious scheme result in a more hopeful Christmas and New Year for them both - with a few surprises along the way?

What listeners say about A Cornish Christmas at Pear Tree Farm