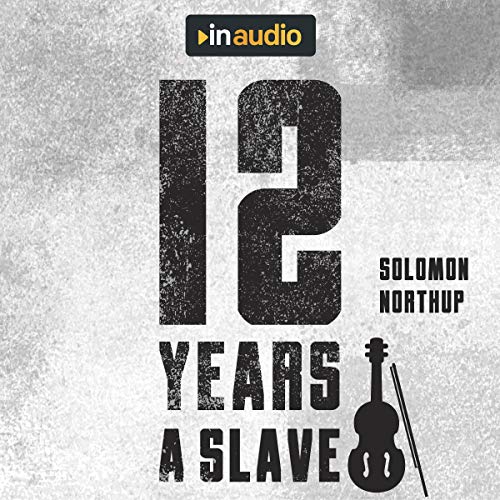 By: Solomon Northup
Narrated by: Mirron Willis
Try for £0.00

Solomon Northup was born in the early 1800s in New York as a free man. He lived as a free man for over 30 years, until he was tricked into moving to Washington, DC, by men offering him a job as a musician. Once he made it to DC, he was kidnapped and sold into slavery in Louisiana, where he was forced to work on a plantation until he could make his escape. His family had no way of knowing where he was or if he was safe - he was on his own with no hope of escaping the circumstance.

In this harrowing memoir, Northrup describes the horrific conditions he and the other slaves lived in, the ways they were mistreated by their owners and were forced to mistreat one another, and the difficulty he had making his way out of slavery and back to his family. This tale is bleak, but eye-opening to the plights of slaves in the years leading up to the Civil War.

12 Years a Slave was a fast best-seller when it was published just eight years before the Civil War, and is an integral text from the time period. This memoir was the basis for the 2013 Oscar-winning film of the same name.

What listeners say about 12 Years a Slave

One of the most important books ever written

This is one of, if not, the most important, moving and eye-opening books I have ever read. The narration was fantastic and Solomon Northup writes his accounts so eloquently. I implore you to read/listen to this!

The narration of this veraion is how it imagined it to be read. What a life, what a shame, what joy. I hope that people continue to engage with this book and learn from lived history. It is an important work and would be well-placed in any library.

My thoughts are also with Bass too, a force of goodness.