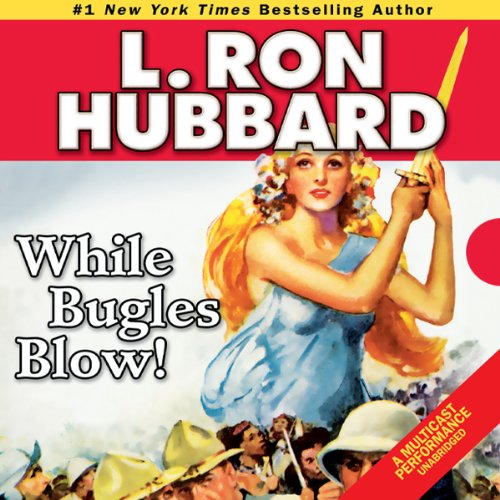 An American lieutenant in the French Foreign is caught in the middle of an ancient feud between the Jeppas of the Atlas Mountains and the bloodthirsty tribe of Perviz al Bahman. Tension mounts as a gorgeous female Jeppa warrior with golden red hair is drawn into the midst of the conflict and captured by Perviz's tribe. When the American lieutenant later finds her being sold on the slave market, he unthinkingly does what any man must: he rescues her. But while his actions may have saved a beauty, they have also just ignited all-out war.

What listeners say about While Bugles Blow!