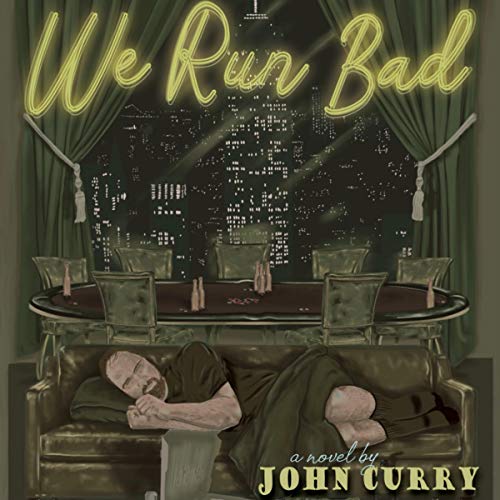 America's in the throes of the Great Recession, and Tim's dreams of flipping a house have collapsed along with the housing market. After abandoning his new home as a lost cause, he's caught up in the poker craze and moves to Atlantic City with a new dream of "playing poker for a living", but soon finds himself stuck in a dizzying spell of bad luck at the card tables. Or maybe he just sucks at poker, like everybody else. His money all gone, and finding that it's actually difficult to drink oneself to death at 1am, he's suddenly offered a chance to make his money back, and then some, by running an underground poker game in New York City. Once in New York, Tim finds himself on the road to recovery and making real money for the first time - but at what cost?

We Run Bad offers an authentic and darkly comic look at underground poker culture, while serving up an indictment of post-recession America. Here, every game is rigged, and the only way to come out ahead is to be the one doing the rigging.

What listeners say about We Run Bad