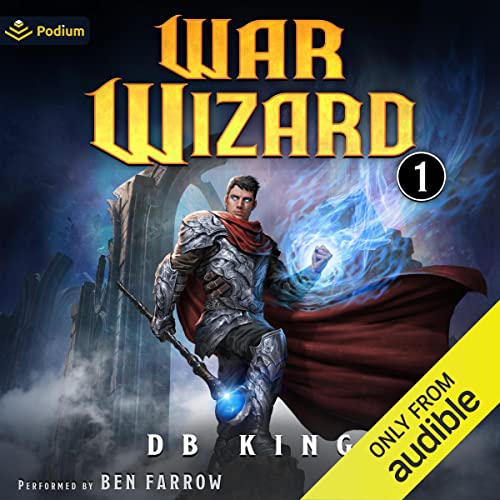 The present world is not the one Logan left behind, but it can be reforged in the hands of the last War Wizard.

Logan Grimm, an Elderwood Ranger, fought valiantly against a tide of orcs, only to die among the rest of his men. He stayed dead for 2,000 years, but he's now returned to the world of the living. As the only surviving ranger, he's become a War Wizard, and he plans on using this new magic to take back the continent from the orc scourge.

Joined by a caravan of elves, he seeks out the gods who can grant him power. With their power, he can mark his followers and turn them into elite units for his fledgling army.

This progression fantasy contains empire building, army and unit management, crafting, and an intelligent and resourceful main character who is a combination mage/ranger.

What listeners say about War Wizard 1

Recently books of this sort are almost a dime a dozen but comparing this title with others would be doing a dis service to other books of this style. The Whole plot line of this book reminds me of a fetch quest but with no originality. The spirits that interact with the MC are obviously leading him by the nose and he doesn’t question any of it. It’s a shame when a promised OP protagonist gets used by everyone that wants something from him. Just a boring book in general that doesn’t give you anything new to explore. Even the magic that was the draw of the book is lack luster and simple. Just the whole book feels like half ass ideas all clumped together without any polishing.