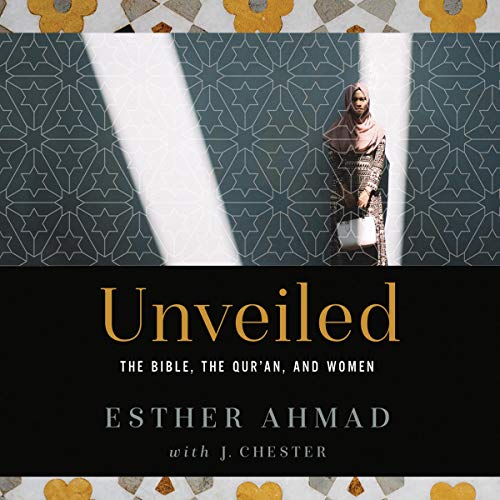 By: Esther Ahmad,J. Chester
Narrated by: Saira Ayers
Try for £0.00

Born the unwanted third daughter, Esther Ahmad grew up Muslim in Pakistan. Her faith and country drove every aspect of her first 18 years, from what she wore and what she ate to her prospects for work and marriage, even to the manner of her death.

Unveiled chronicles Esther’s conversion to Christianity and her escape from radical Islam. Chapter by chapter, Esther lays out the lies of the Qur’an and holds them against the truths she found in the Bible. As she examines the differences between the Muslim and Christian scriptures, she reveals how she found her true identity as she journeyed from unwanted daughter to cherished child of God, from being marked by impurity to taking on the purity of Christ, and from being enslaved to rote prayer to becoming free in a true relationship with God.

Esther’s white-knuckle journey will open your eyes to the plight of women around the world and inspire you to find the courage you need to speak the hope of Christ into the lives of those who still live behind the veil.

What listeners say about Unveiled

The book gave me insight into the Muslim faith. The joy of a relationship with a Holy God is evident as she recounts her conversion to Christianity and her boldness to do God's will.

I hadn’t enjoyed a audible book as much as I did this one in a very long time. I could not stop listening. The reader was excellent and the story captivating. Highly recommend Esther’s story.

Thanks for the sacrifice

I listened to two of Esther and John’s books. Saira Ayer’s voice brings you into the life of the struggles of many non-Christians in Muslim countries. I feel more comfortable in talking to Muslim followers. This book gave me a greater desire to PRAY AND WITNESS IN LOVE TO THE MUSLIM COMMUNITY. I also feel more equipped to speak to a Muslim now. Thanks again. I can’t wait to meet you on earth or WHEN WE SEE OUR LOVING SACRIFICIAL CHRIST JESUS. LOVE FROM A FREE BOND SERVANT AND LOVING SLAVE OF CHRIST. THIS IS ONE OF THE BEST LISTENING EXPERIENCE FROM ESTHER AND JOHN. THANKS AND LOVE.

This Life-changing testimony of a muslim convert to Christianity exposed my mediocrity and luke-warmness in my faith and witness of the LOVE and GRACE of our God. A MUST-READ for every Christian FIRST and then our Muslim friends.