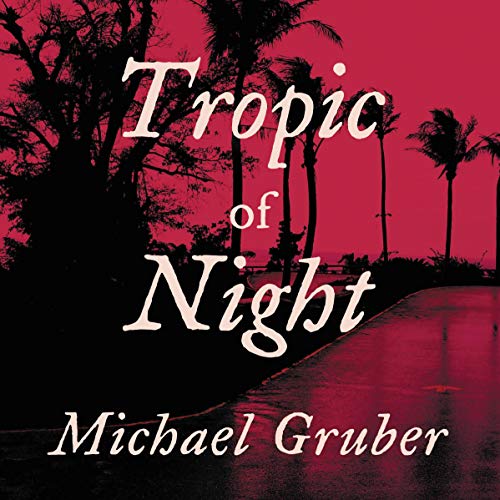 By: Michael Gruber
Narrated by: Margaret Whitton
Try for £0.00

Jane Doe was a promising anthropologist, an expert on shamanism. Now she's nothing, a shadow living under an assumed identity in Miami with a little girl to protect. Everyone thinks she's dead. Or so Jane hopes.

Then the killings start, a series of ritualistic murders that terrifies all of Miami. The investigator is Jimmy Paz, a Cuban-American police detective. There are witnesses, but they can recall almost nothing of the events, as though their memory has been erased, as if a spell has been cast on each of them. Equally bizarre is the string of clues Paz uncovers: a divination charm, exotic drugs found in the bodies of the victims, a century-old report telling of a secret place in the heart of Africa.

These clues point Paz inexorably toward the fugitive, Jane Doe, and force Jane to realize that the darkness she has fled is hunting her down. By the time her path intersects with Jimmy Paz's, the two will be thrust into a cataclysmic battle with an evil unimaginable to the Western mind.

"First-time novelist Gruber keeps his far-flung locations, complicated characters, and anthropological information perfectly balanced in this finely crafted, intelligent, and original work." (Publishers Weekly)
"This intelligent thriller builds tension from the first page....This book has movie potential written all over it, which is no criticism of its depth, simply a compliment to its strong and colorful story line." (Booklist)

What listeners say about Tropic of Night

This is a brilliant book absolutely ruined by being abridged to the point of making zero sense. Read the actual book instead!

Most enjoyable, something different

This book was an enjoyable listen. The narrator is incredible, and I don't usually like female narrators. The pace is good and the story keeps your interest throughout.
I read some harsh reviews here, and while I agree, it's definitely not as good as the book, I can see why the longer parts were edited to make it more enjoyable as an audiobook.

It's a very unusual story well told. I heartily recommend you read the book, which is so expertly written, as well as an education. I read it once a year - my all time favourite book.

I usually listen to Jo Nesbo and Michael Connelly. I'll be looking out for more from this narrator too.

Too much "Mumbo Jumbo" dressed up as anthropology

*** The review is based on the abridged audio version ***

Seems to me that Gruber creates the character of anthropologist Jane Doe to achieve two things: a) to give his exploration of African religion a degree of respectability and b) to get around the tricky issue of creating a central black character which I presume would be much harder to write for a white author and which is certainly harder to sell to an mainstream audience.

And therein lies the key problem: the book claims to explore African (diaspora) religion and "race" but it just doesn't work. Throughout the book Jane Doe (and the author) feel like outsiders looking in, the character and the book lack authenticity. The racial dimension of the story is completely caricature. It starts with a drunk black woman who it is totally ok to kill and rob her of her child and nobody appears to question this. Then we end up meeting a Black American man who has turned sorcerer because he believes black people need a Hitler figure to relieve themselves from the history of white oppression. Pretty much all black people in this book seem to have a chip on their shoulder - and don't you know it - so would I - if I believed Gruber who tells us in passing that Cuba is supposedly 98% white.

The descriptions of Yoruba ceremonies aren't too far off but they just feel as if the author has simply been reading about them rather than experiencing them and it's really not that difficult to get an invite in Cuba or Miami. In the end the religious base of the plot descends into Mumbo Jumbo with characters fading out of reality and an attempt from wanna-be-Hitler to turn back time.

Gruber seems to borrow from anthropologists like Paul Stoller who has written extensively about the invisible world of sorcery in West Africa but the way Gruber mixes everything up just doesn't make sense. The Yoruba belief is a fully formed and distinct religion originally from Nigeria and the sorcery seems to come from Bamako/Mali where Jane Doe was rescued from a hospital. Mali is two or three countries away further northwest.

No crime/ thriller author needs a PHD in the subject they explore but this book gives itself the appearance of knowing what it's on about but it doesn't. Gruber says in interviews that his goal was to explore different realities but it all ends up lacking real insight and depth and I can't help feeling his whole idea of African religion and race is simply somewhat sensationalistic.

I like crime stories/ thrillers that don't just entertain but also open new worlds to me but after this book I have lost faith that Gruber can deliver authentic and credible voices which do so.

I enjoy the work of the author, Michael Gruber. and this is an interesting and well written thriller. Unfortunately, the narrator's constant mispronouncation of Cuban-African terms and names were difficult to listen to and ruined the rhythm of the story. A few minutes spent learning the correct pronounciation would have made this a 5 star listen.

I read the series years ago and then decided to listen... I really disliked the voice the narrator used for Dt. Paz--she sounds Russian, rather than Cuban--but that's my only major criticism. Really loved the rest and will try Valley of the Bones next. Michael Gruber is an excellent writer! He can really tell an interesting story about ideas that are totally new to me...and as an avid reader, I sometimes feel like I've read it all. But these are very original ideas and I got incredibly submersed in his stories. Loved it!

I have often re-read the great 3-part Jimmy Paz series of which this is book one. I wanted to have an audio version. I ordered this without knowing that it was abridged--and considerably abridged. Performance is also lackluster, but abridgment alone is sufficient reason for me to return it. Look for the complete audio -- I know there is an excellent one, because I had it from the public library.

I’m a huge fan of Gruber. His blend of historical, societal and mystic research with a great story is a fine escape and mind opener. He captures Miami perfectly. In the strange times we are living in now, I also thought, while reading this one, that there are some real possibilities afoot in our country.

I love the book but wish the audiobook was not abridged. I would buy it again if the unabridged version was available.

What else to say?

So Disappointing! As it is abridged and the full book is available and the same narrator does the unabridged story.

I've asked at least 3 times over the past years... Maybe you should ask too!

All I get is a form letter saying thanks for whatever.

Come on Amazon get it together and get the whole series in unabridged form!

This greatly abridged version of the book was a pleasant surprise... It captured the essentials of Tropic and provided an entertaining storyline and good sketches of the characters of the principles... but the voice of Paz was unfortunate... should have had a a more smooth sophistication, better facility with his second language.