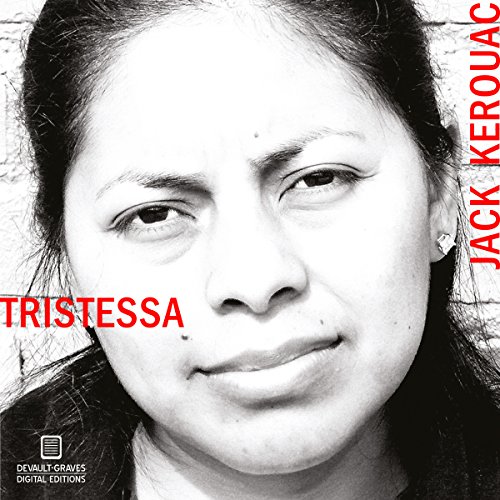 By: Jack Kerouac
Narrated by: Mike Dennis
Try for £0.00

In 1955, novelist Jack Kerouac detoured from his cross-country American travels to Mexico City, where a group of junkie expatriates he had known from the New York City post-war scene had gone for the cheap and plentiful supply of heroin and morphine. Fellow beat writer William S. Burroughs, who had been a part of the Mexican expatriate community, had introduced Kerouac to Bill Garver (named Old Bull Gaines in the novel), a much-older, long-term addict who had in turn introduced Kerouac to Esperanza Villanueva, whom Kerouac named Tristessa in the novel. Kerouac fell under the spell of Esperanza's dark allure and exotic surroundings, and hoped to re-experience the "fellaheen nights" of his joyous adventures with Mexicans in his past.

Esperanza/Tristessa, however, proved to be a far more troubled and contentious companion than Kerouac had bargained for. Kerouac had entered a particularly contemplative time in his life - he had discovered an inner peace through Zen Buddhism and was practicing an ascetic lifestyle that included celibacy - a choice he later regretted. Although Kerouac managed to control his alcoholic tendencies much of the time in Mexico, Tristessa sank deeper and deeper into the belly of morphine addiction.

Kerouac returned to Mexico City a year later (1956) hoping to resume his platonic friendship with Tristessa and perhaps even pursuing a physical relationship with her only to find a desperately junk-sick, emaciated Tristessa who could barely function. Shocked, disappointed, and largely ignored by his brown-skinned goddess, Kerouac left Tristessa trembling and barely coherent, taking only his notebooks and memories from the unpleasant experience.

Blending his incandescent, highly-evocative, careening prose with alternately blissful and rueful meditations based on his Zen and Catholic teachings, Jack Kerouac in Tristessa documents a painful episode in the "beatest" of his beat style.

What listeners say about Tristessa

Kerouac writes and gritty, quick story with good illustrations that only he can create. a small adventure in Mexico for Kerouac.

At least he wrote it all down. It could have been a forgotten memory from a tragic bender south of the border, instead ol’ Jack saw it fit to be good prose, good content, and rebellious writing.