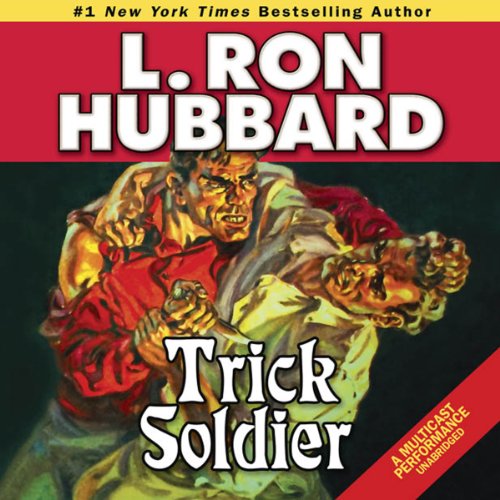 Meet Lieutenant Flint: hard-edged and muscle-bound, radiating machismo - a bull of a soldier. In the opposite corner stands Captain Turner: with his pencil mustache and tailored shirts, he’s a Trick Soldier - smart, crisply-dressed, and always at attention. They’re fire and ice, oil and water.

Ten years ago and a thousand miles away, they attended boot camp together. They didn’t get along then...and they don’t get along now. Reunited in the Haitian jungles, in the midst of a fierce rebel uprising, they confront the most dangerous enemy of all - each other.

It’s time for heroes to rise and cowards to fall, and in the case of Lieutenant Flint and Captain Turner, bravery runs deep. When brute strength confronts military honor, the true measure of a man is not in his fists, but in his heart.

Also includes the military adventures “He Walked to War”, in which Marine Sergeant E.Z. Go appears to take it easy, but always gets the job done...even if it's hard as nails or dangerous as hell - in the end E.Z. does it; and “Machine Gun 21,000”, the story of a soldier who loses a gun and faces a court martial, but finds a way to save the day.

Two soldiers go to war against each other as the audio version of Trick Soldier take you into the heat of a life-and-death battle.

What listeners say about Trick Soldier