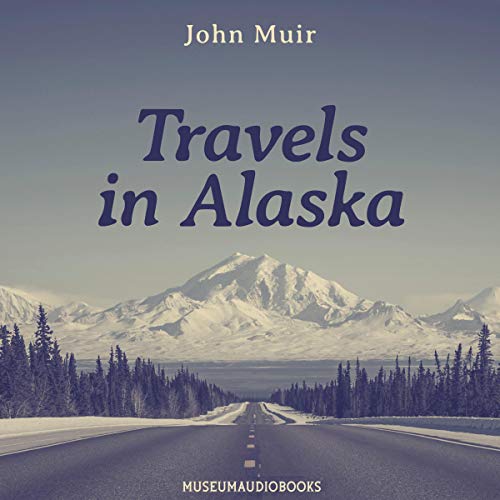 John Muir (1838 -1914) was an influential Scottish-American naturalist, author, environmental philosopher, and early advocate for the preservation of wilderness areas in the United States. In the late 1800s, Muir made several trips to the relatively unexplored territory of Alaska. Travels in Alaska, originally published in 1915, describes the beauty of the Alaskan wilderness and its inhabitants as observed during his travels between 1879 and 1890. In poetic prose, he describes the area’s magnificent glaciers and its animals like bears, bald eagles, wolves and whales.

What listeners say about Travels in Alaska

This is an interesting, expert look at the natural splendor of the glaciers and natural wonders of Alaska — in the words of the great John Muir! The warm, evolved culture and family organization of the native Alaskans are another high point that Muir shares with us. (And don’t miss Muir’s telling of his encounters with pet dogs who he met along the way, quite charming. 🐶)
The READING of “Travels in Alaska” is excellent — thank you, Eric Black!