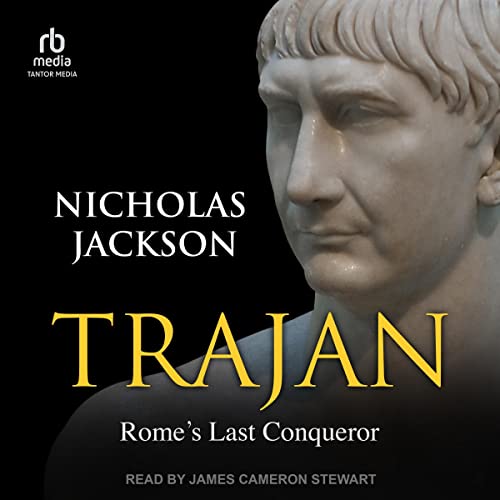 By: Nicholas Jackson
Narrated by: James Cameron Stewart
Try for £0.00

Until the publication of this captivating biography, no such volume on Trajan's life has been tailored to the general listener. The unique book illuminates a neglected period of ancient Roman history.

Trajan rose from fairly obscure beginnings to become the emperor of Rome. He was born in Italica, an Italic settlement close to modern Seville in present-day Spain, and is the first Roman Emperor to be born outside of Rome. His remarkable rise from officer to general and then to emperor in just over twenty years reveals a shrewd politician who maintained absolute power. Trajan's success in taking the Roman Empire to its greatest expanse is highlighted in this gripping biography.

What listeners say about Trajan