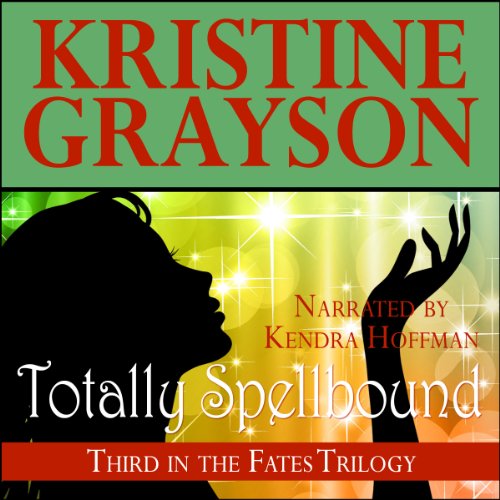 By: Kristine Grayson
Narrated by: Kendra Hoffman
Try for £0.00

Child psychologist Megan Kinneally answers an urgent message from her brother Travers: Come to Las Vegas immediately. He needs some kind of help. When she arrives, she finds her nephew alone with a dog and three strange women whom everyone calls the Fates. Her practical brother suddenly believes in magic and secretly, Megan does too. Otherwise, the experience she just had on the interstate between Vegas and Los Angeles makes no sense.

Rob Chapeau, aka Robin Hood (yes, the Robin Hood), has just made a mistake. He let one of the most beautiful women in the world see him hunting fake rabbits in the desert with his very real falcon. Rob still mourns the death of his true love eight centuries before. But if a woman can ever bring him out of mourning, it's the surprising Megan Kinneally, who has no idea that she has the strongest magic of all - or that she's enchanted him.

Can Rob and Megan save her family, rescue the Fates from a fate worse than death, and find true love? Their journey will take them into the bowels of Las Vegas, where the Faerie Kings rule and emotions vanish. And, to make matters worse, an old enemy of the Fates appears just as everything looks like it will resolve in a true happily ever after.

"Reality and fairy tales collide in this altogether delightful story. Book lovers will be thrilled by the inside look at the publishing world, while fairy tale fans will love the in-jokes." ( Publishers Weekly)
"Rounding out her Fates Trilogy, the spellbinding Grayson again gives readers their money's worth by taking the familiar and turning it on its ear, with humor and charm." ( RT Book Reviews)

What listeners say about Totally Spellbound