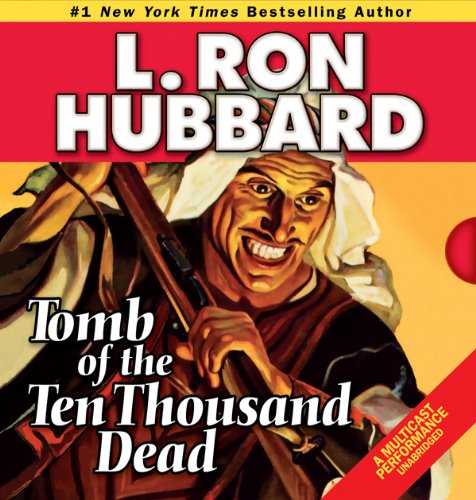 Tomb of the Ten Thousand Dead

Captain Gordon lives like he flies - by the seat of his pants, taking on any job and all comers. Now he’s bound for the forbidding mountains along the shores of the Arabian Sea, transporting a team of anthropologists on the trail of Alexander the Great. But ancient history is about to come to dangerous life with the discovery of a long-buried map - a map leading to high adventure, untold treasure, and cold-blooded murder....

Gordon’s headed deep into The Tomb of the Ten Thousand Dead - unearthing a secret that could bury him.

Also includes two additional adventures: “The Price of a Hat,” in which the key to the Russian Czar's life is hidden in a most unexpected place; and “Starch and Stripes”, the story of a US Marine who sets a trap for a tropical warlord that reverberates all the way back to Washington.

Join the thrilling treasure hunt as the award-winning audio version of The Tomb of the Ten Thousand Dead gives voice to one of history’s greatest mysteries.

“The title story in this trio...(all of them published in 1936) has a very strong Indiana Jones feel to it, even though it predates Indy by nearly five decades.” (AudioFile Magazine)

What listeners say about Tomb of the Ten Thousand Dead