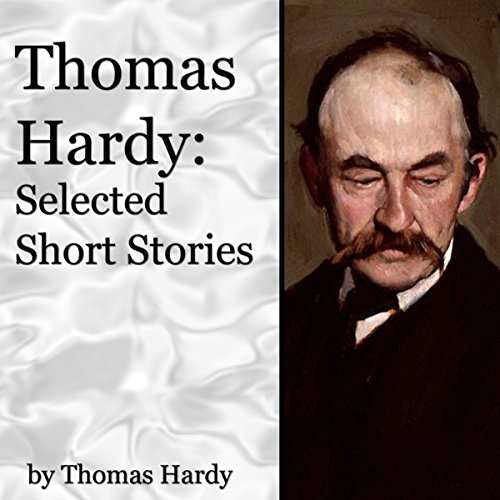 By: Thomas Hardy
Narrated by: Walter Zimmerman,Jill Masters
Try for £0.00

English writer Thomas Hardy is now best known for novels like Tess of the d'Urbervilles and Jude the Obscure. In Thomas Hardy: Selected Short Stories, the listener can also witness his facility in shorter forms.

The collection opens with "The Three Strangers", given an energetic performance by Walter Zimmerman, in which an executor takes shelter with an escaped convict. Later, Jill Masters offers a soft-spoken performance in The Distracted Preacher, which concerns a young preacher sent to the town of Nether-Moynton. There he meets a beautiful widow, an innkeeper with an interesting side business.

Thomas Hardy was born in 1840 near Dorchester in that part of England he called Wessex. With stories sometimes from his own imagination and sometimes from local tradition, Hardy's work, like Dickens and Trollope, creates a strong sense of mood and location. Hardy hoped to be remembered for his poetry, but ours is not a poetic age. Thus his claim to a new generation of fans rests on his prose. There are great similarities between his era, a time of challenge, and our own.

This collection of short stories shows Hardy as his best and includes "The Three Strangers", "The Withered Arm", "The Fiddler of the Reels", "Barbara of the House of Grebe", and "The Distracted Preacher" .

What listeners say about Thomas Hardy