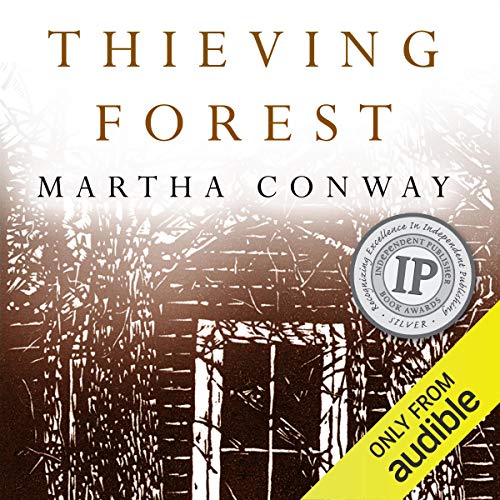 By: Martha Conway
Narrated by: Soneela Nankani
Try for £0.00

On a humid day in June 1806, on the edge of Ohio's Great Black Swamp, 17-year-old Susanna Quiner watches from behind a maple tree as a band of Potawatomi Indians kidnaps her four older sisters from their cabin. With both her parents dead and all the other settlers out in their fields, Susanna makes the rash decision to pursue them herself. What follows is a young woman's quest to find her sisters, and the parallel story of her sisters' new lives. One sister is left for dead and two others are traded to a band of Wyandots for the price of a horse. Susanna spends the next five months searching for them, unaware that the man who loves her, Seth Spendlove, is also in pursuit. Part Potawatomi himself, Seth unwittingly sets off on his own quest to reclaim his heritage. He allies himself with a Potawatomi named Koman, and together they canoe through the Great Black Swamp and into enemy territory looking for Susanna. Surviving snake bite, near-starvation, and captivity, Susanna transforms herself from the perennial younger sister to a capable young woman determined to find her family. Thieving Forest is a riveting novel that demonstrates the true wildness of the wilderness, and the rugged perseverance of those who find themselves there.

What listeners say about Thieving Forest

Would you consider the audio edition of Thieving Forest to be better than the print version?

I enjoyed the story very much, but it was very hard to get past the narration, it almost ruined this book for me. I almost want to read the actual book and hopefully fill in some of what I missed because the narrator was so distracting (in a bad way). I could NOT get past the narrator's girl voices for these young women. Simple sentences were delivered as whiny, borderline creepy and very irritating. I understand that in some instances, the protagonist was naive, but never whiny. I think there is a really solid, beautiful story here, but it is hard to find when listening to this as an audio book. Read the real thing instead.

What was one of the most memorable moments of Thieving Forest?

The relationship between self and surroundings.

Very poor voice-over choices for these young women in the story. It actually makes you physically uncomfortable with annoyance and anger at such odd voice choices.

A journey of redemption.

One of the absolute best books ever written!! And the narrator was awesome. She made the story come alive.

I listened to half, but I could not finish it. The Main characters are weak. The girls started as weak, independent girls and ended as controlled without amy ability to make decisions for themselves.

Ecape the mundane Immerse into the roots of life.

loved this read. it was full of adventure and the characters were very well developed and unique. it was refreshing to read something that was not like the current trends.

The narration and story are really good though not my typical choice. I am very glad I gave this one a chance however.

I don’t give 5 stars lightly but I think this one deserves it. If you like historical fiction, like the writings of Diana Gabaldon and Sara Donati, you will like this book!

I really enjoyed this book. some parts went on and on then the ending wrapped up quickly seemed rushed. But overall it was great in the narrator was pleasant to listen to. I especially love the historical information and the fact that the women survive without a man.

A glimpse into a the past.

I've always enjoyed stories about the frontier days. This was really entertaining and informative. I learned a lot about life as a captive of the Indians, and the life of the native women themselves. After reading it, you may ask yourself who the real savages were.

Early Ohio history well researched and full of real people and their adventures. Worth reading.

Trading in the old west

This book is excellent! Historical adventures and murder along the trail make this book exciting. I hope there will be more to this story.