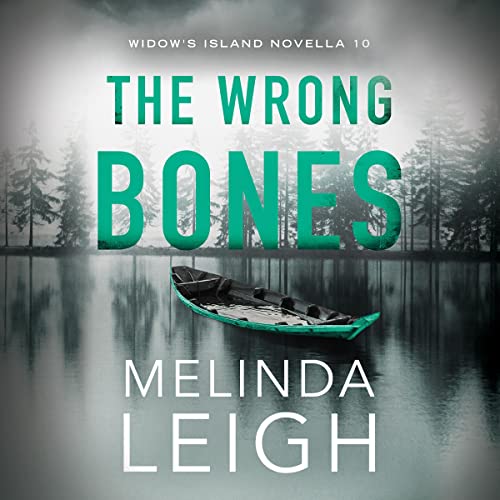 By: Melinda Leigh
Narrated by: Christine Williams
Try for £0.00

A frantic chase to catch a grave robber reveals a startling discovery in this tenth installment of the Widow’s Island novella series by Wall Street Journal bestselling author Melinda Leigh.

Deputy Tessa Black spots a man disturbing a grave in the local cemetery and gives chase. But when Tessa catches him, she learns that the ghoulish trespasser wasn’t robbing graves; he was burying a box of bones.

With the help of her fiancé, park ranger Logan Wilde, Tessa discovers that the remains belong to a missing teenager from a nearby island. After the girl disappeared nine months ago, police labeled her a runaway. Now, though, it’s clear the teenager was murdered.

When the only witness is an uncooperative teenager, Tessa and Logan must find the killer before the boy becomes the next target.

What listeners say about The Wrong Bones

This was really good, short novel just what I needed at the moment. Well narrated too.

What a great series ending. I loved these characters and the island. I’ll miss them. Full of drama and suspense and intrigue. Narration was great to.

The story itself was clever; however I'm left wondering if Leigh met her F quota.

The narrator was a bad choice. Sweet whispering voice, so dainty replying FU would have been funny if this was a satirical production.

I want my money back.

Tessa is such a badass. These novellas are entertaining with a window into the crazy that lurks in our neighbors.

I I'm not normally a mystery reader. however this book was intriguing and kept me guessing.

This series has been quite interesting and they live on a small isolated island, major things have been happening since book 1! Last book, there was one wedding, this book another. All the characters have gone through or are currently experiencing major issues in my life. They are learning to seize the moment and know that too deserve love and happiness. A short Novella that you will enjoy!

This was another great addition to the series and an interesting case with all the moving pieces. Logan and Tessa are trying to put together who had these bones, why they were burying them and what the connection could be for the island. In the midst of that they have other things going on with a teenager they find in the woods that might possibly be connected but also coming from a suspicious household circumstances. I really enjoyed this one.

The Wrong Bones was a good short Novella that really had you guessing all the way up to the end.

Nothing ever happens on small islands…

…That may be true for most places but Widow’s Island is a magnet for bad guys! This time it’s Tessa’s turn to catch the bad guys…it starts with her responding to bones in the cemetery. Not ancient bones, but someone was burying bones! Another great adventure on Widow’s Island!

wow! such a great story

Such a wonderful book filled with murder, mystery and love! Melinda Leigh did a wonderful job. This syory meshes so well with Kendra Elliot's that it feels like one author.