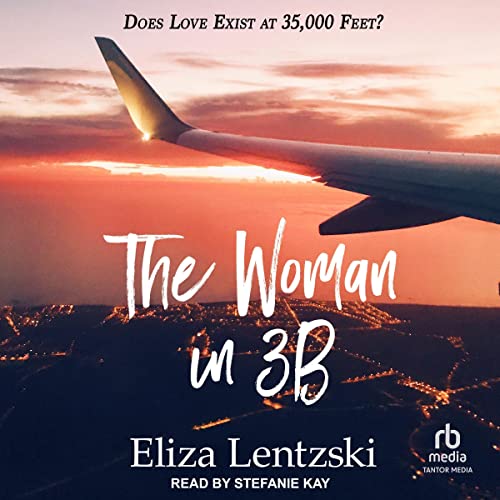 The Woman in 3B

By: Eliza Lentzski
Narrated by: Stefanie Kay
Try for £0.00

The challenge was supposed to be simple. Spill a drink on an airline passenger and be one square closer to winning the company's secret bingo card game. Twenty-five different challenges, at various levels of difficulty, had to be accomplished within a month's time. After nearly eight years of being a flight attendant, Alice Kaminski had spilled drinks on plenty of passengers, mostly on accident and during rough air. She didn't particularly like the idea of the bingo card, but she had massive student debt; the financial incentives were enough to make her momentarily forget the questionable ethics of it all. The challenge was supposed to be simple—that is, until Alice saw her intended target—the beautiful woman seated in 3B. And after that, nothing was simple ever again.

What listeners say about The Woman in 3B

This is the first book from this author I've not enjoyed. It fell flat, kinda boring at times. The narrator was also a problem for me, flat voices and hard to tell the difference in some characters.

Alice is an flight attendant trying to pay off her student debt. The employees bingo game was a way to win some extra money toward that goal. But the challenge involving the woman in 3B proved to be a direct line to her heart. A fun romance. Great narration.

It was an OK book

If you are looking for hot sex scenes, then it is a book for you. The story was a drag in the middle but I liked the way she ended it.