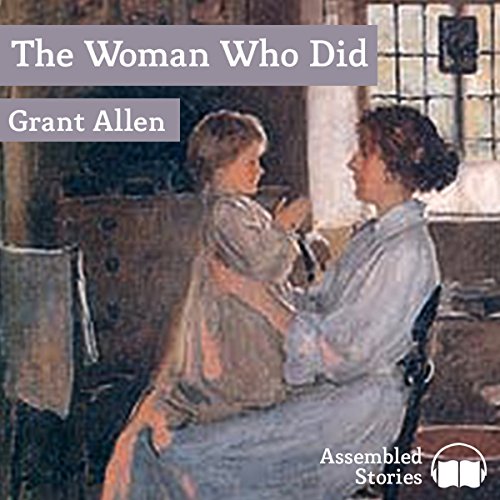 The Woman Who Did

By: Grant Allen
Narrated by: Peter Joyce
Try for £0.00

The Woman Who Did, written in 1893 wholly and solely to satisfy the author's conscience, was perhaps the most controversial book of the late 19th century. Certainly, it was a succès de scandale and a commercial triumph.

The heroine, Herminia Barton, chooses to live unmarried with her lover. When he dies, she endures many a trial for her beliefs - particularly after the stigma of bearing his child - being cast out from both families.

Unfortunately the Women's Movement, whose views the book purported to represent, rejected it as unhelpful to their cause - but the author was quite sure of his own intentions and the strength of his heroine's convictions. 'But surely no woman would ever dare to do so', said my friend, 'I knew a woman who did', said I, 'and this is her story.'

"Peter Joyce is the most remarkable one-man band in audiobook publishing. Joyce, an experienced actor, reads them all himself." (The Independent)

What listeners say about The Woman Who Did

A great and moving story written before female emancipation and prior to the suffrage movement.

A weird new woman novel that has interest as a curiosity. The story is engaging and the writing is good, but the narrator is just terrible. He reads everything in the same overly melodramatic voice that makes it nearly impossible to judge the quality of a story.